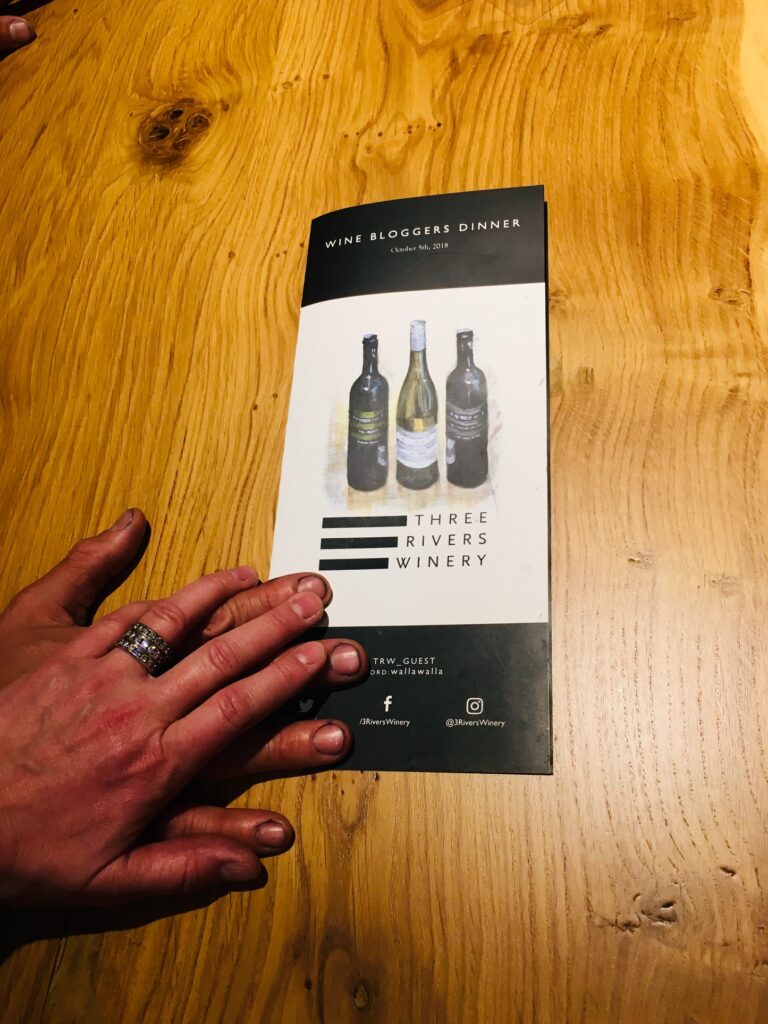 As a wine blogger I get to try A LOT of really great wines. And occasionally, I get to partake in some pretty exciting food and wine pairing events. This was definitely one of them. It is not often that you get to enjoy a 6-course meal, plus wine pairings, with the winemakers onsite at their vineyard/winery.  It was a stellar evening all-around at Three Rivers Winery! This wine pairing dinner was a part of the Wine Bloggers Conference (recently renamed to the Wine Media Conference) in Walla Walla, Washington. It was, hands down, my favorite evening of the conference. 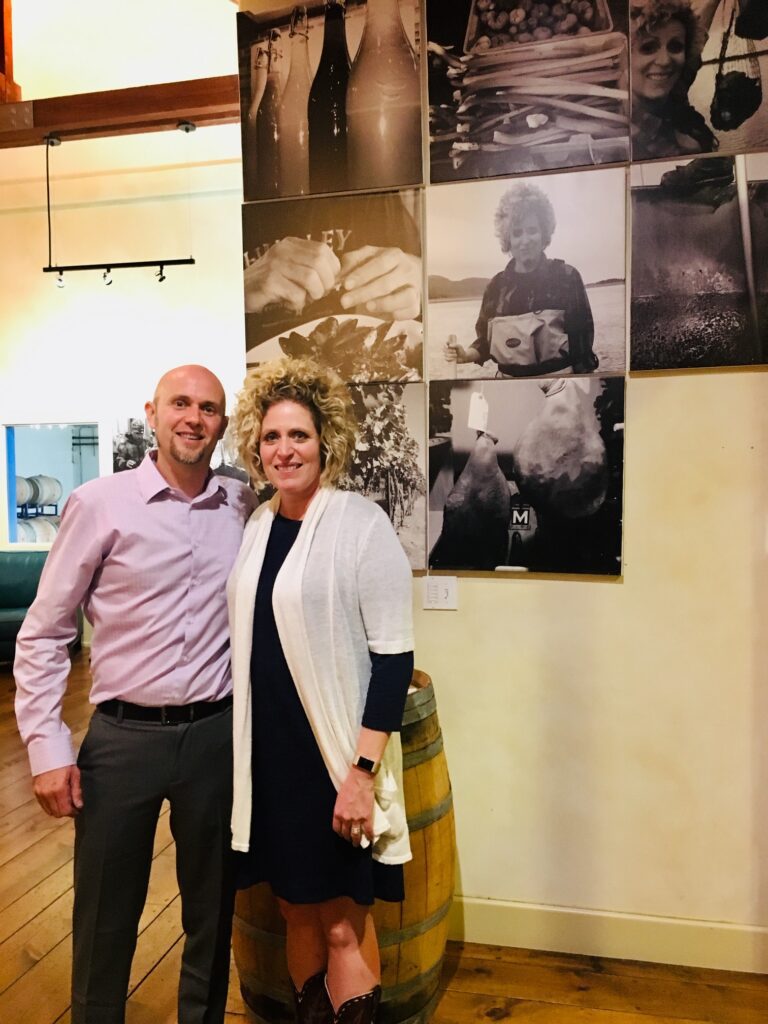 Three Rivers Winery is the essence of Walla Walla wine country. When you’re in Walla Walla, you’re family. And that’s what it felt like at Three Rivers. Downtown Walla Walla is quaint with charming storefronts, lots of tasting rooms, and a feeling of “everyone knows everyone”. When you arrive at Three Rivers you might be greeted by Holly Turner, the winemaker, or her husband Andy, the GM who also makes wine with her. It’s a sprawling property with a lovely tasting room onsite that is warm and inviting. 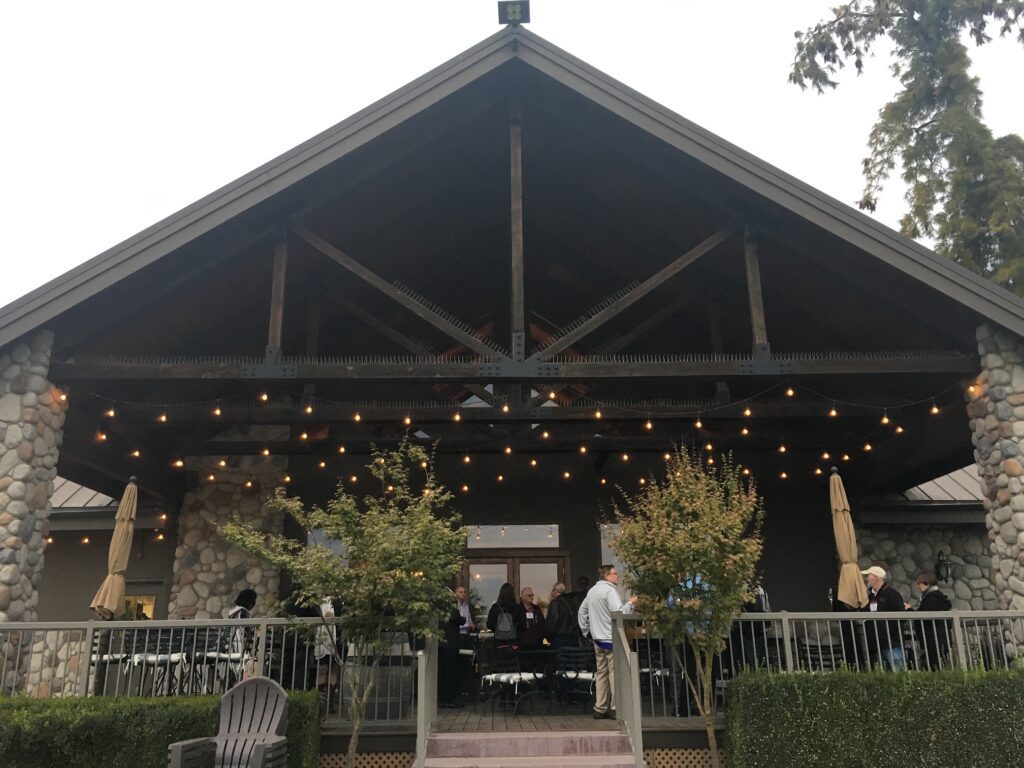 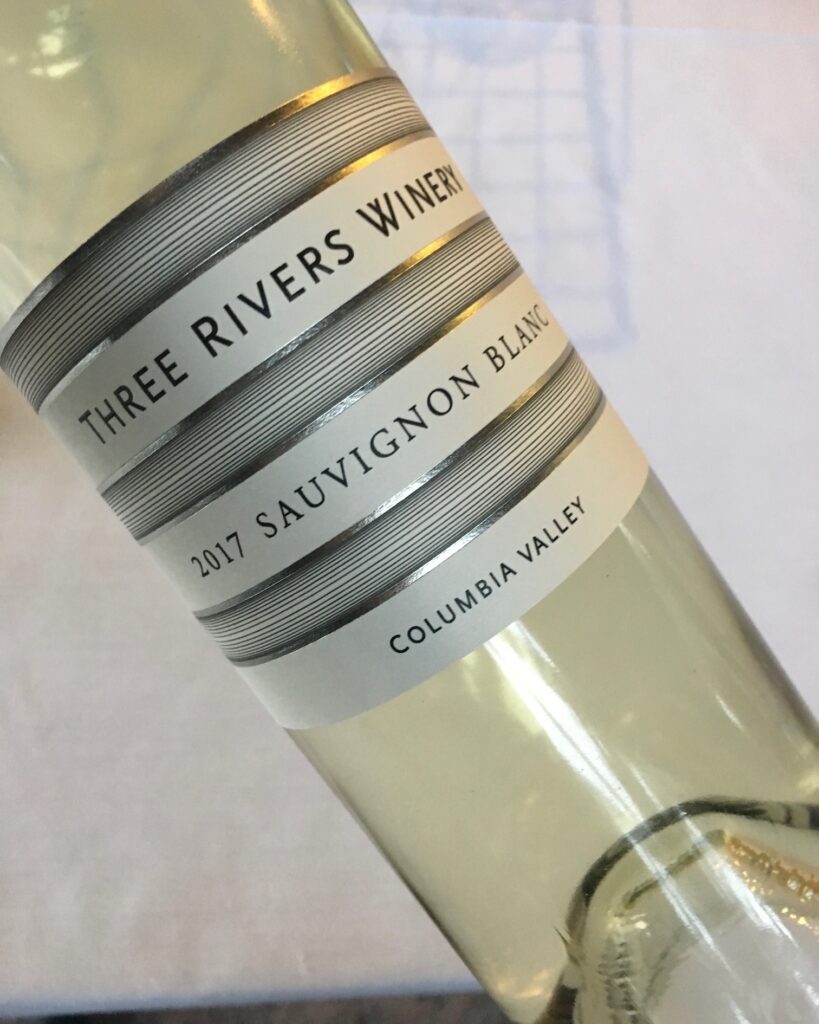 As one can imagine, Holly and Andy spend A LOT of time at Three Rivers. They have raised three children and while at the dinner we spoke about how those children have grown up in wineries and how sometimes in the busy seasons they’d spend more time together as a family in the winery than at home. Family really does come first at Three Rivers Winery.

Here are the details from our lovely wine pairing dinner. The meal comes to us from Executive Chef Matt Antonich of The Club at Rock Creek in Coer d’Alene, Idaho. 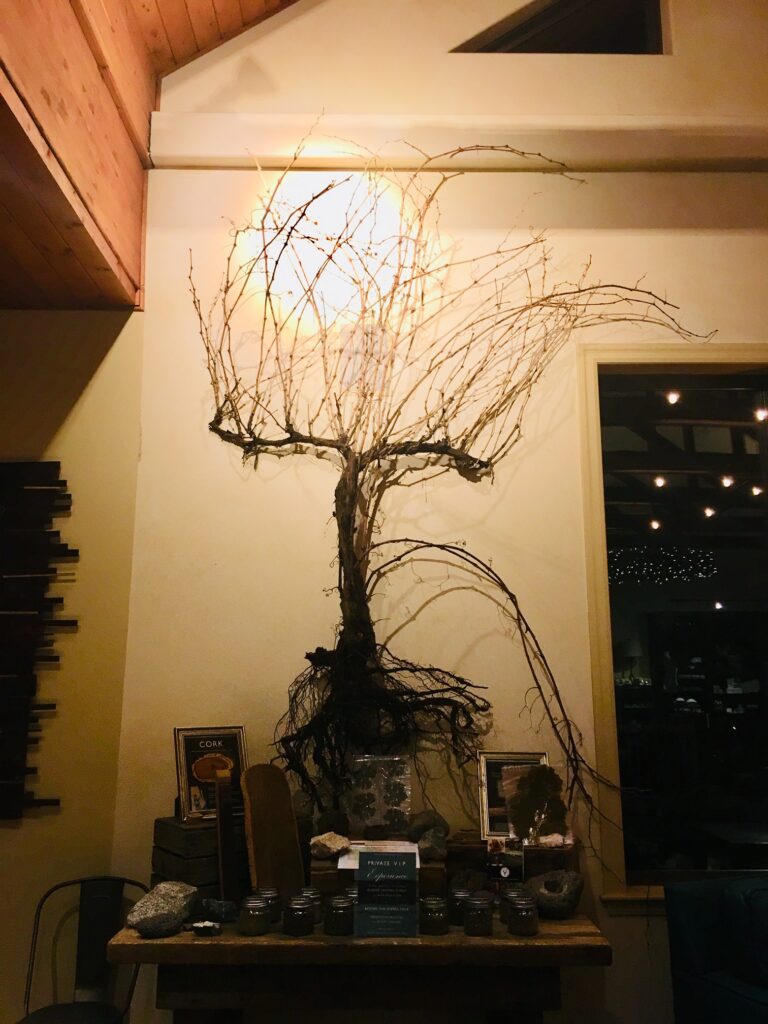 This wine sees 8 months in French oak, 24% new. A beautiful nose on this wine of toasted oak and butterscotch. Lots of toasty nuts, poached pear, and MLF notes. 189 cases produced. 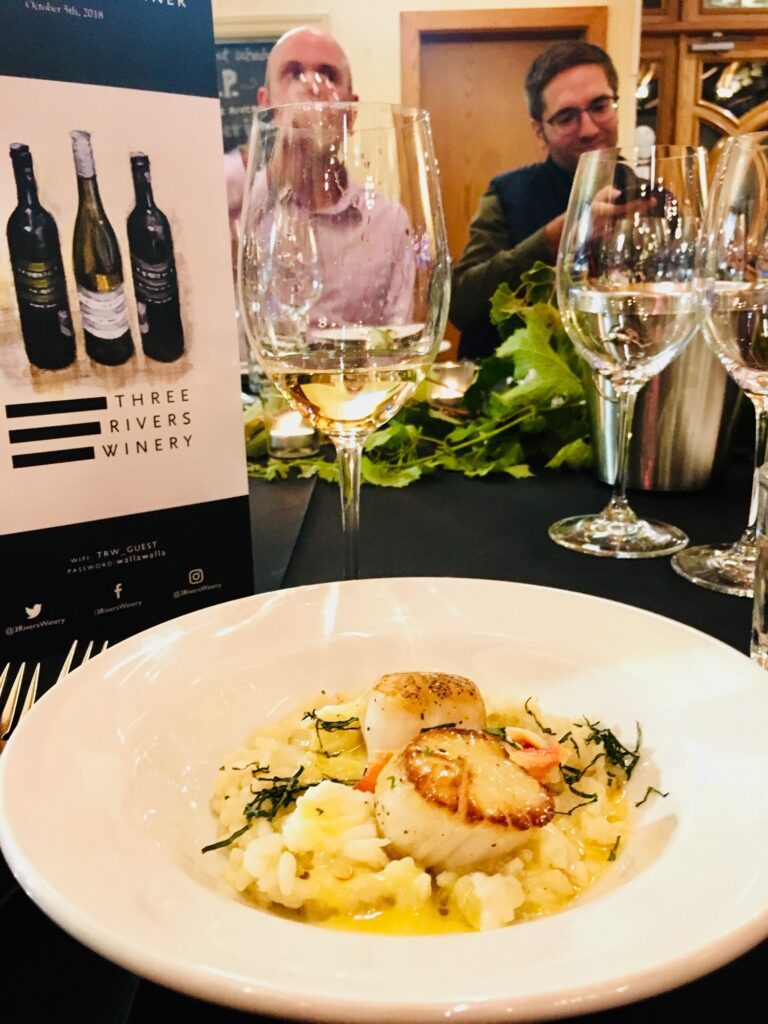 This wine is aged 17 months in French oak, 60% new. Classic Syrah notes of black pepper plus dried meat/jerky. Also, coffee on the back palate. 116 cases produced. 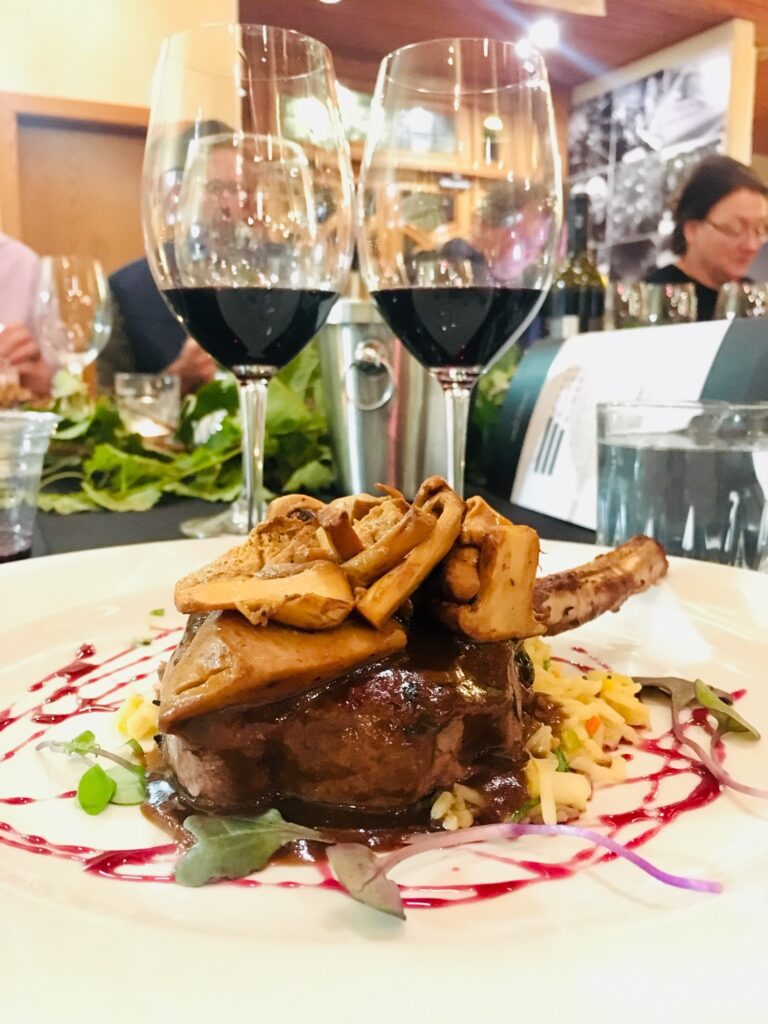 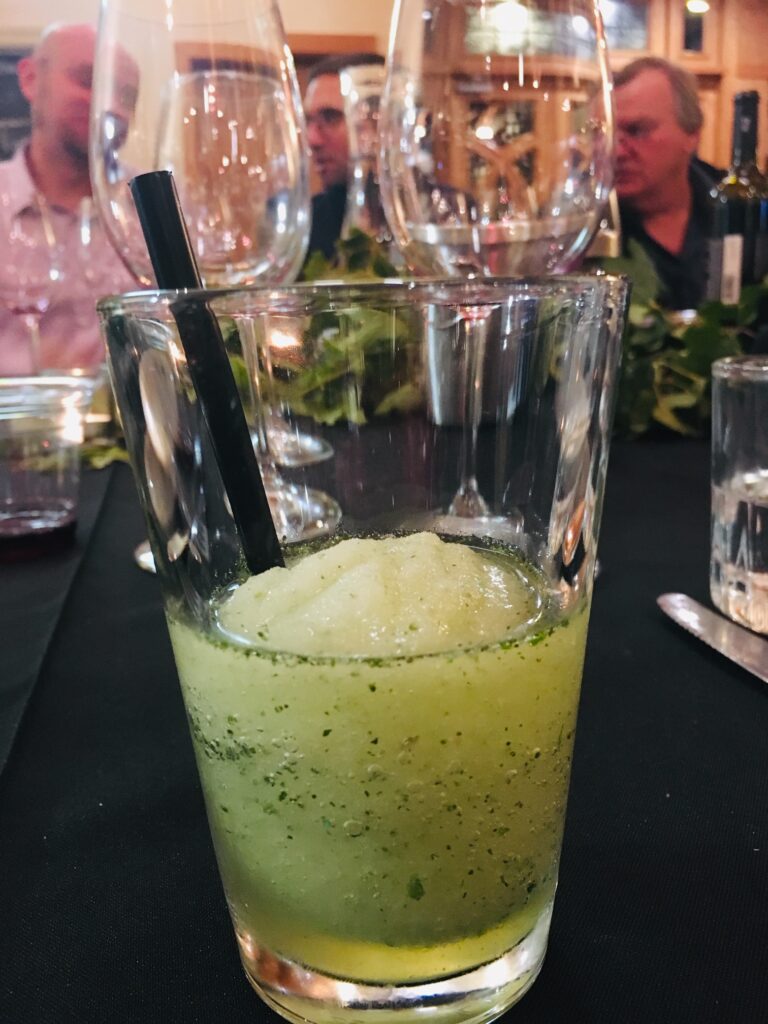 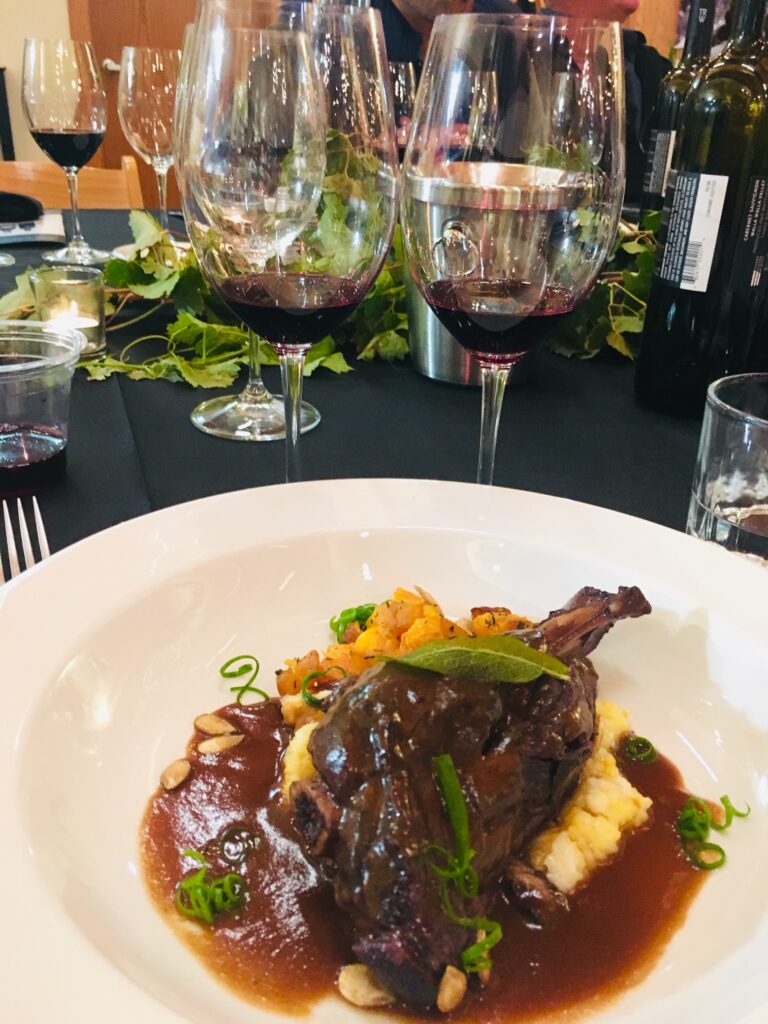 This wine sees 18 months in new French oak. A classic Cabernet, this is their signature wine. Strong tannins that will smooth with age. 143 cases produced.

This wine sees 17 months in French oak, 20% new. This is their first vintage of this wine. The Merlot really makes the Cab Franc approachable. I dig this. 120 cases produced. 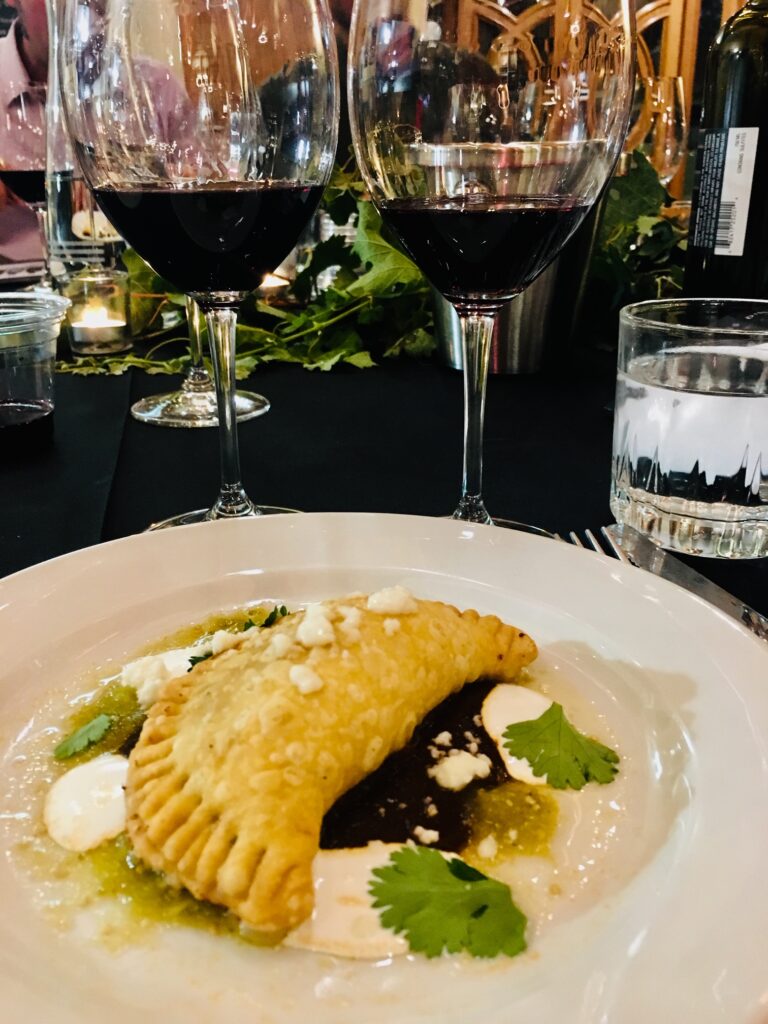 All stainless steel. This Riesling gives us just a whisper of sweetness (3.7% RS to be exact) with a slight petrol nose. Love this wine because it can function as an aperitif and also works perfectly with this light dessert. 217 cases produced. 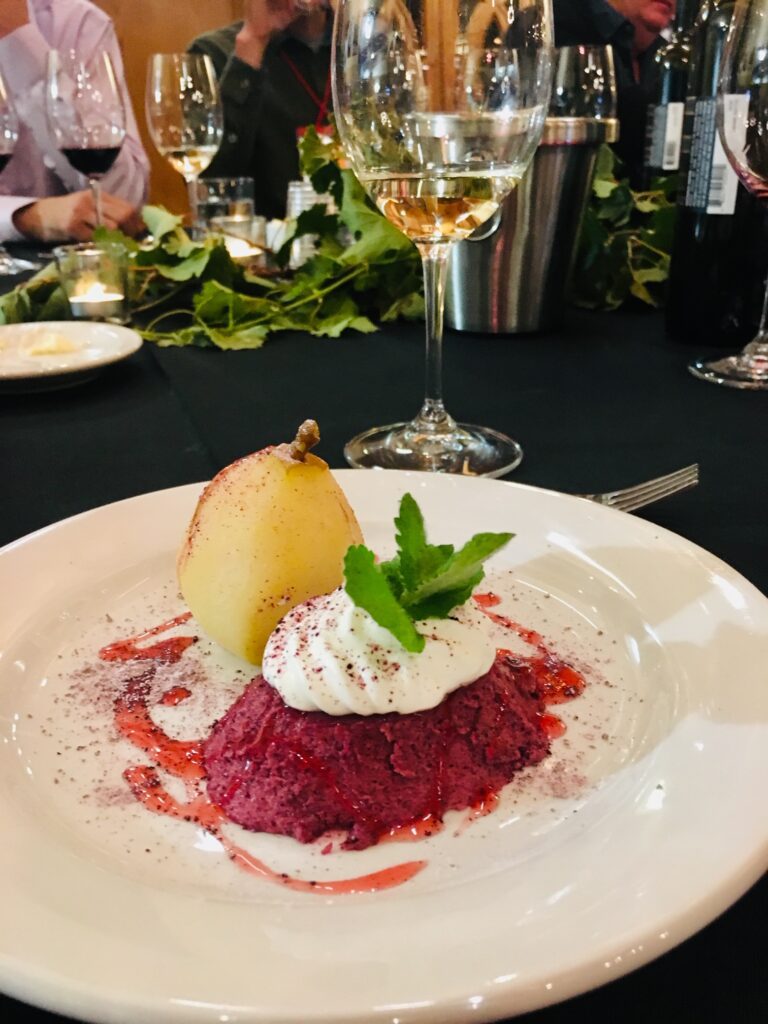