Rioja: The Motherland of Spain

When you think of the Rioja, you generally think of red wine. But did you know that Rioja wine region wines can be white, rosé, or red? Also, every bottle of Rioja carries an official trust seal (classification) located on the back of the bottle. Be sure to look for this label on every bottle. This ensures it is an authentic Rioja region wine. 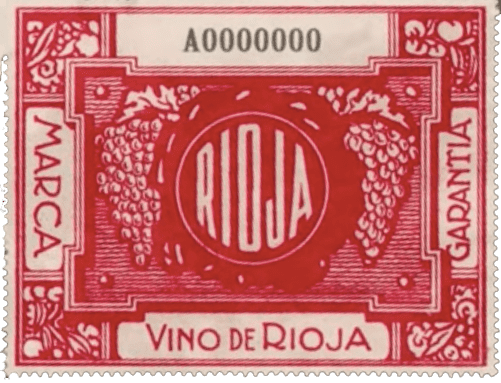 Rioja was the first region in Spain to receive DOC status in 1925. It is located in North Central Spain, along the Ebro River, and is 210 square miles in size. The region is most known for its medium-bodied elegant wines that are fruity when young and more velvety when aged. The wines are also known for their aging potential. There are three sub-regions in the Rioja: Rioja Alavesa (chalky and limestone soils), Rioja Alta (chalky soils with more Atlantic influences), and Rioja Oriental (alluvial soils with a Mediterranean influence).

The main grape used to make Rioja wine is Tempranillo with 80% of wines being Tempranillo based. It is a grape indigenous to Spain and finds its finest expression in the Rioja region. Tempranillo is versatile and has great aging potential. Other grapes used in the Rioja include: Graciano, Garnacha, Viura, Maturana Tinta, Malvasia, Garnacha Blanca, Tempranillo Blanco, and Maturana Blanca.

Moving away from the facts, and into my personal opinion, Rioja wines are a great way to start a cellar as the prices (for what you are getting) can be quite reasonable. Aside from the fact that the wines are great, one reason why I speak highly of Rioja wines is their value. What’s great about the Rioja is that many of the producers have had the winery/vineyards in their families for generations. With that being said, they might not have a mortgage to pay or a construction loan to pay on a fancy new chateau-like building (as do some CA wine regions). Personally, I like to know that my wine dollars are going more towards the juice than to expensive real estate, a famous winemaker, or a marketing budget.

Rioja only releases wines when they are ready to drink, which takes out a lot of the guesswork. This is why you see older Rioja vintages on the shelves at such killer prices. The “current release” of a wine can easily be 5-10 years old. So if you buy a bottle, rest assured that you can bring it home and pop it open with no problem.

Which leads me to another important topic when talking about Rioja region wines: aging. Rioja has a strict aging classification system. The details are a bit complicated, but the good thing is that the aging level can always be easily found on the bottle. No guessing here. Rioja aging classifications (for red wines) are below:

No aging requirements. Can have minimal oak aging.

Aged for 2 years with a minimum of 1 year in oak.

Aged for 3 years with a minimum of 1 year in oak and 6 months in bottle.

Aged for 5 years with a minimum of 2 years in oak and 2 years in bottle.

In November 2018 I attended the “Spain’s Great Match” event where Wines from Spain poured 150 wines alongside tapas and pairings from Jose Andres’, The Bazaar restaurant. At this event, I attended a Rioja Wine Region seminar in which I tasted the below Rioja wines. Cheers!

This wine is showing a bit of age with its garnet color. The traditional Rioja nose (sour red fruit, sweet spice, vanilla, and cedar), plus violets, also classic for Rioja. This wine is made from all estate grapes, which is not typical in Rioja. An elegant wine.

This 100+-year-old producer falls under the Cordiníu portfolio. Ruby in color with purple hues. This wine does not have the “traditional" Rioja nose. It’s actually a bit understated. Delicate violets on the nose. Black fruit and licorice on the palate.

A more modern nose for Rioja. Such a youthful, fresh wine for being 8 years old! Sour cherry prevails! A hearty fish (such as tuna or swordfish) would be a good pairing.

The most polished wine of the bunch with a beautiful nose of red fruit (sour cherry + cranberry) plus a “spice” character, perhaps jalapeño? This wine is aged in a combination of American and French oak.

This wine is deep ruby color and has the nose of an old Rioja: a combination of red and black fruit, violets, spice (cloves + cinnamon), and toasted oak. Smooth, well-integrated tannins.

This wine is versatile and could work with many different foods. At 14 years old it is quite soft and understated. Actually, the most understated of the bunch.