Last Saturday, the hubby and I decided to have a fun day around town. The plan was to venture out during the day, come home that afternoon, cook dinner, and enjoy a bottle of Portuguese wine I received as a sample. What to pair with a Portuguese wine, than some Portuguese bites, called Petiscos. Petiscos are to Portugal what Tapas are to Spain. Small bites meant to be consumed before a meal (or as a meal) along with an alcoholic beverage!

Finding Portuguese fare isn’t the easiest, but I knew that Bay Cities Deli & Market in Santa Monica is where I should start. Bay Cities specializes in Italian foods, but they also have a strong representation of products from many European countries. More accurately I should have called this blog post “Iberian Night in LA” as I didn’t quite find everything Portuguese that I wanted, but was able to fill in with some Spanish products to round it all out.

We visited Bay Cities and, first things first, enjoyed a Godmother sandwich, which is the mother of all sandwiches in Los Angeles. It is their signature made with Prosciutto, Ham, Capicola, Mortadella, Genoa Salami and Provolone Cheese - best with the works, plus mild or hot peppers. We then walked up and down the aisles and grabbed some chorizo, cheese, cured meats, and small bites. I had packed a cooler with some ice packs, so luckily we were able to keep everything cool while we enjoyed our day, which started out at Venice Beach. We rented bikes for a couple of hours and rode up and down the boardwalk from Marina del Rey up close to Pacific Palisades. It was a bit chilly and overcast, but the tradeoff is that it was much less crowded than it would have been on a hot, sunny summer day. You gotta love Venice, it's such a hodge podge of people and things, that it never gets old. After the chilly bike ride, we stopped a Deus ex Machina for a perfectly hipster cup o’ joe and then home for the Portuguese feast!

This wine, which inspired my meal, is produced by Symington Family Estates. Grapes are sourced from Dow’s same vineyards in the Douro Valley that are used for their acclaimed Vintage Port. The blend includes: Touriga Franca, Touriga Nacional, Tinta Amarela, and a field blend of indigenous varietals. This wine was originally only made for the family to enjoy, but after receiving many compliments, they decided to make the wine for consumers.

Deep purple in color, this wine was tight upon opening. On the nose I got black fruit (blackberries, plums), bramble, and black pepper. Same flavor characteristic on the palate plus cedar and tobacco. Medium + rustic tannins. This is a textbook Portuguese wine with a dark and brooding sensibility plus a decent amount of complexity. Quite pleasing, especially at the $13 pricepoint.

This Vale do Bomfim wine worked famously with my Portuguese Petiscos. Menu below:

Grilled Chorizo on a bed of Grilled Onions 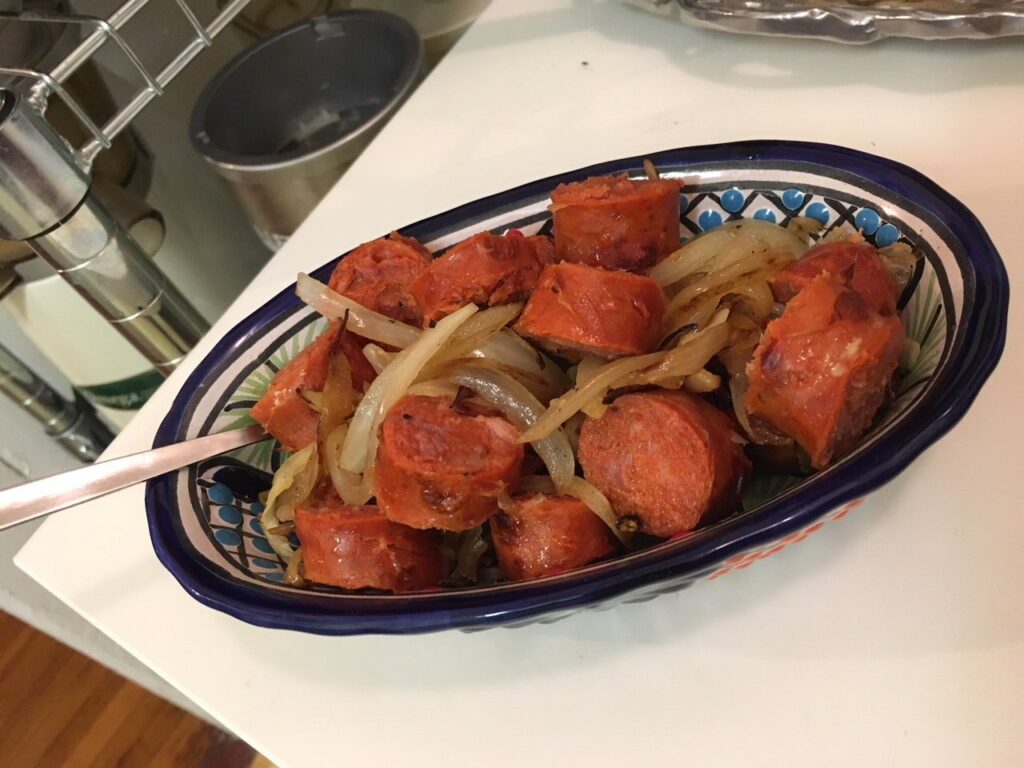 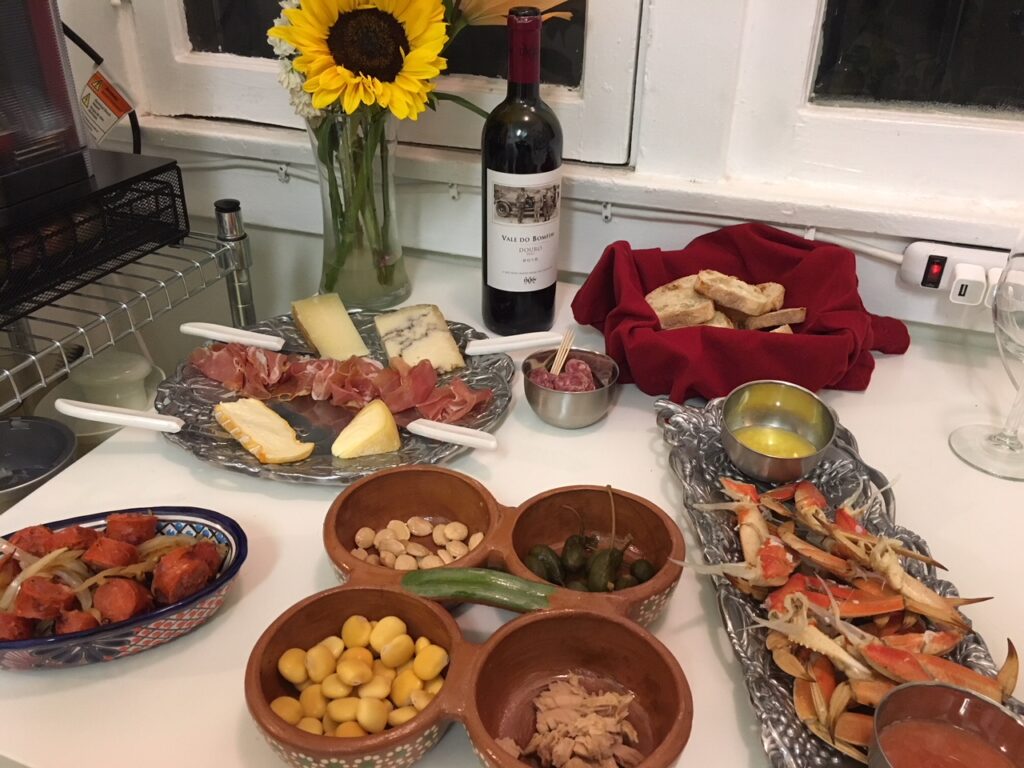