Planeta: An Exploration of Nero d’Avola 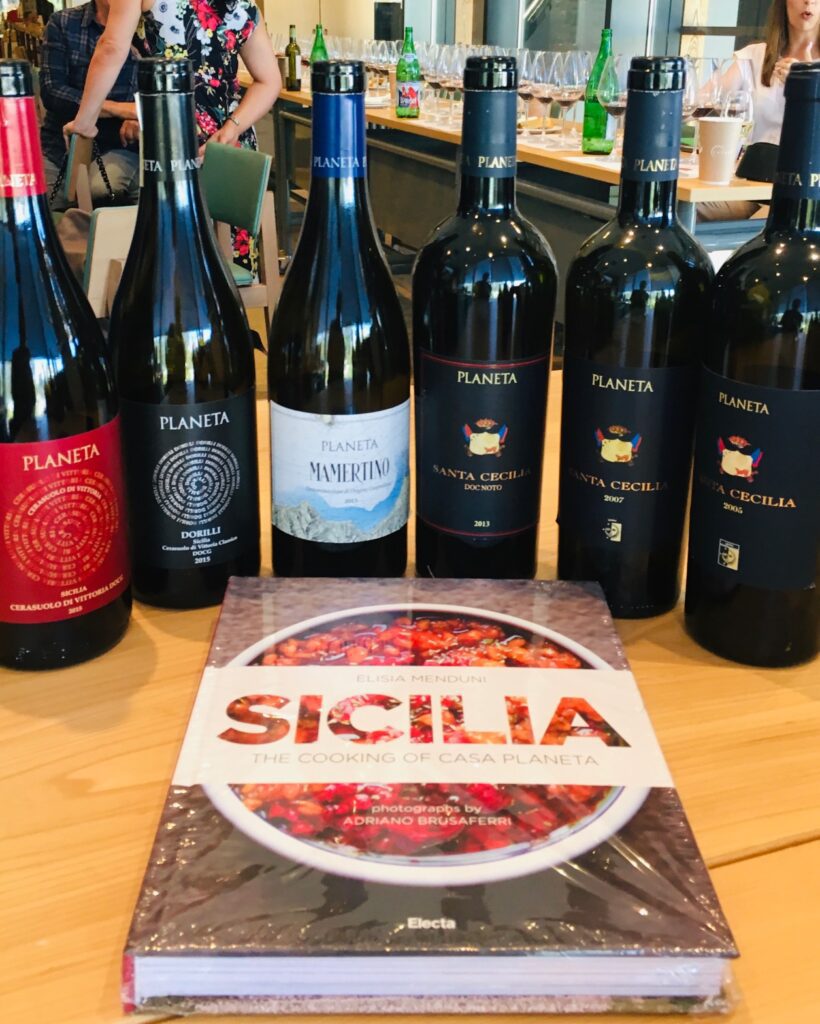 More and more people are talking about Italian wine. Italy’s rustic and interesting wines appear to be on an increasing number of wine lists, beyond the requisite Prosecco and Tuscan wines. And while Italy has always been a major tourist destination, people seem to be diverting to some of the lesser traveled regions not normally on the international traveler’s radar. Sicily is leading the way. I can’t flip through a travel or food magazine without reading about how Sicily is an “undiscovered gem” and how the volcanic wines from Mount Etna are “dark, smoky, and brooding". Sicily has stepped up their wine game, tourism game, and food game. Or maybe it’s been there all along and their only now getting noticed for it? In fact, there are now 4 restaurants with Michelin stars in Sicily, the largest island in the Mediterranean. 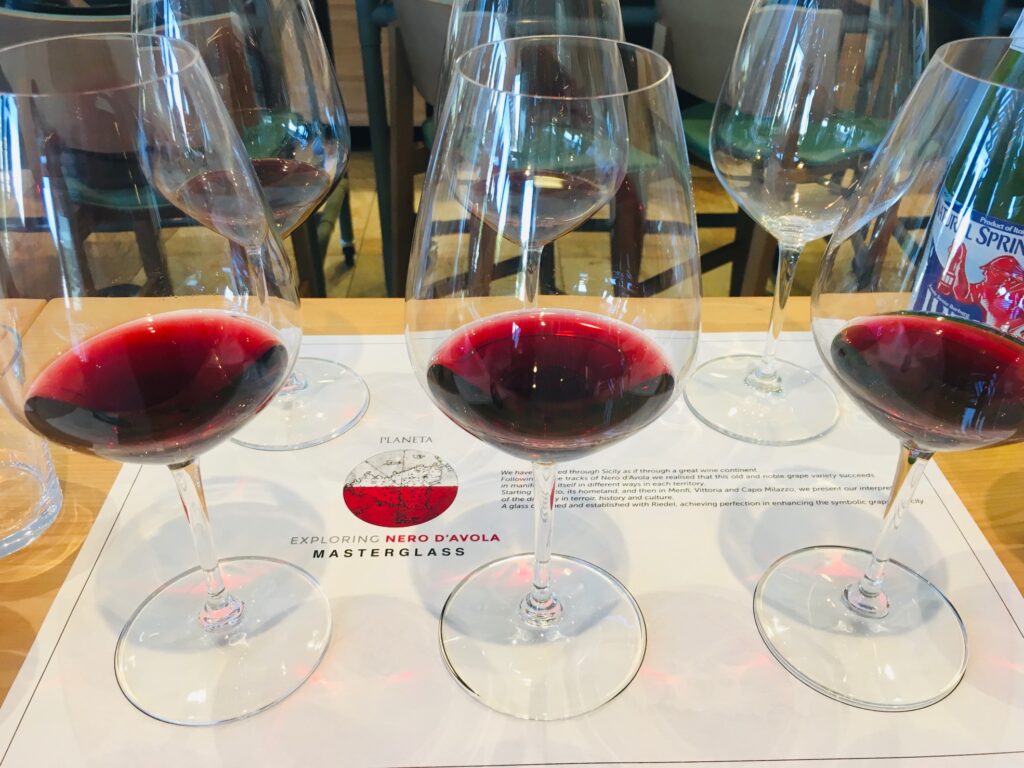 I recently attended a "Masterglass” seminar at Eataly Los Angeles focusing on the Nero d’Avola grape, native to Sicily. Our seminar was led by Alessio Planeta, of Planeta Wine, a Sicilian producer. Alessio is co-owner and lead winemaker at Planeta. "MasterGlass" comes in to play because the tasting was conducted using glasses designed by Riedel specifically for Planeta and Nero d’Avola.

“Nero” means black and “Avola” is a small village near Noto, on the island of Sicily. Nero d’Avola grapes have vigorous vines and give wines with moderate alcohol and good acid. Classic Nero d’Avola notes include: black currant, carob, and balsamic.

In 2012, traces of 6,000-year-old wine was discovered in clay amphorae pots a Sicilian cave! As every region of Italy, there are grapes native to Sicily. The main red grape is Nero d’Avola, while the supporting actor for red wine making is Frappato. Frappato is best used as a blending grape, while you will see many varietally labeled Nero d’Avola wines. Surprisingly, Catarratto, a white grape, is the #1 grape grown in Sicily, with 32% of vineyards planted to Catarratto*. Mainly because it is the main grape used for Marsala, a huge export of the island.

The Planeta family has been in agriculture for over 400 years (18 generations)! Planeta Wine was born about 20 years ago and they now have 400 hectares across 6 sites in Menfi, Vittoria, Noto, Etna, Sambuca di Sicilia, and Capo Milazzo. The Planeta estate holdings now include a B&B as well as Casa Planeta, a restaurant run by Alessio’s father and his five siblings. 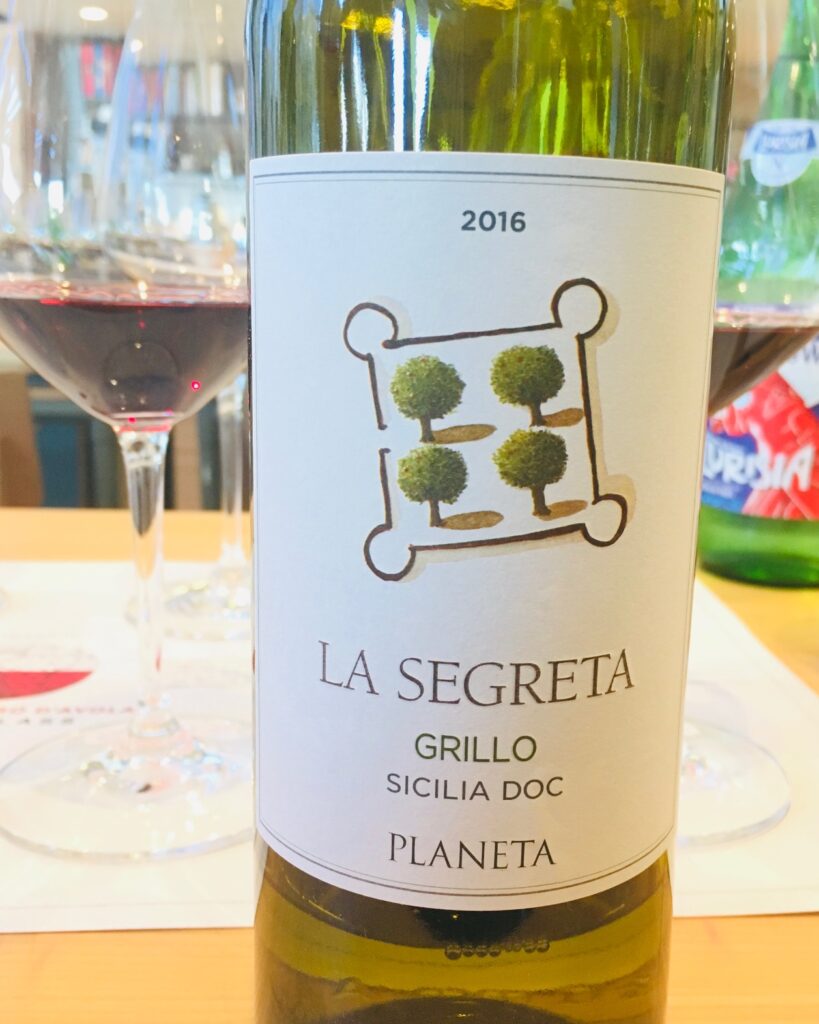 This was a nice, spicy rosé made from 50% Nero d’Avola and 50% Syrah. A change of pace from some of the wimpy, watery rosés on the market.

A wine medium ruby in color. Juicy cherries on the nose with a marked rusticity or earthiness. Soft, well-integrated tannins on the palate, plus cherry and strawberry nose. This feels like an “island red”. I’m not exactly sure what that means except that this is a smooth, relatively light, easy to drink red that makes me happy. And islands make me happy. I heard a rumor this pairs well with seared tuna.

Medium ruby color with purple hues. On the nose, the fruit is a bit more complex than the previous reds. Riper strawberry (almost jammy) moving into black pepper, cedar, and a basement feel. More acid as well. This wine feels a bit more “Italian”.

Medium ruby in color. On the nose I get beautiful fruit plus floral (violets). This is a perfumed wine. Medium – acid, and soft/velvety on the palate.

This wine is deep ruby in color. On the nose, this wine has much more aromatic intensity than the other reds. Primary red fruit and spice (cinnamon/clove) mostly, plus secondary notes of earth, dirt and rusticity. Moving into tertiary (leather) notes. This wine has medium + drying tannins and a combination of red and black fruit plus balsamic notes.

A dark ruby color with an orange rim. On the nose, black fruit and blueberry, plus some savory notes. On the palate, a clear note of tomato leaf.

The age of this wine really shows. And it’s lovely. A deep ruby color with a garnet core. So many lovely aged/savory notes on both the nose and palate, including: cola, dried mint, toasted nuts, and black olive. 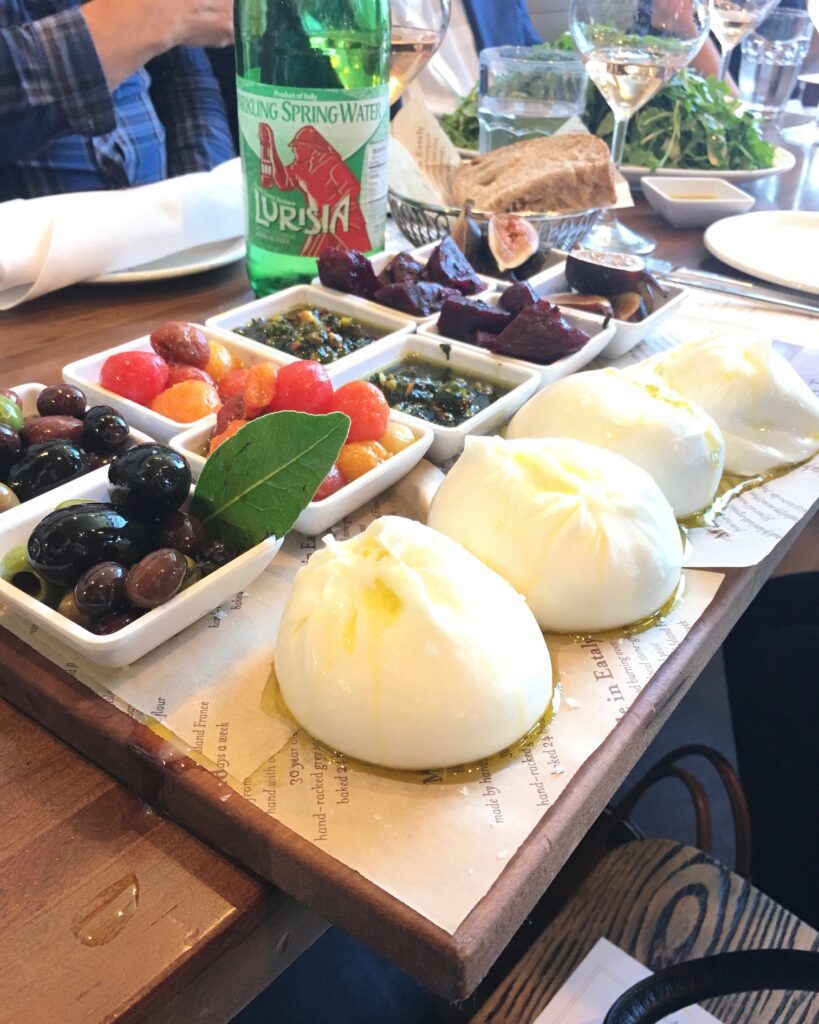