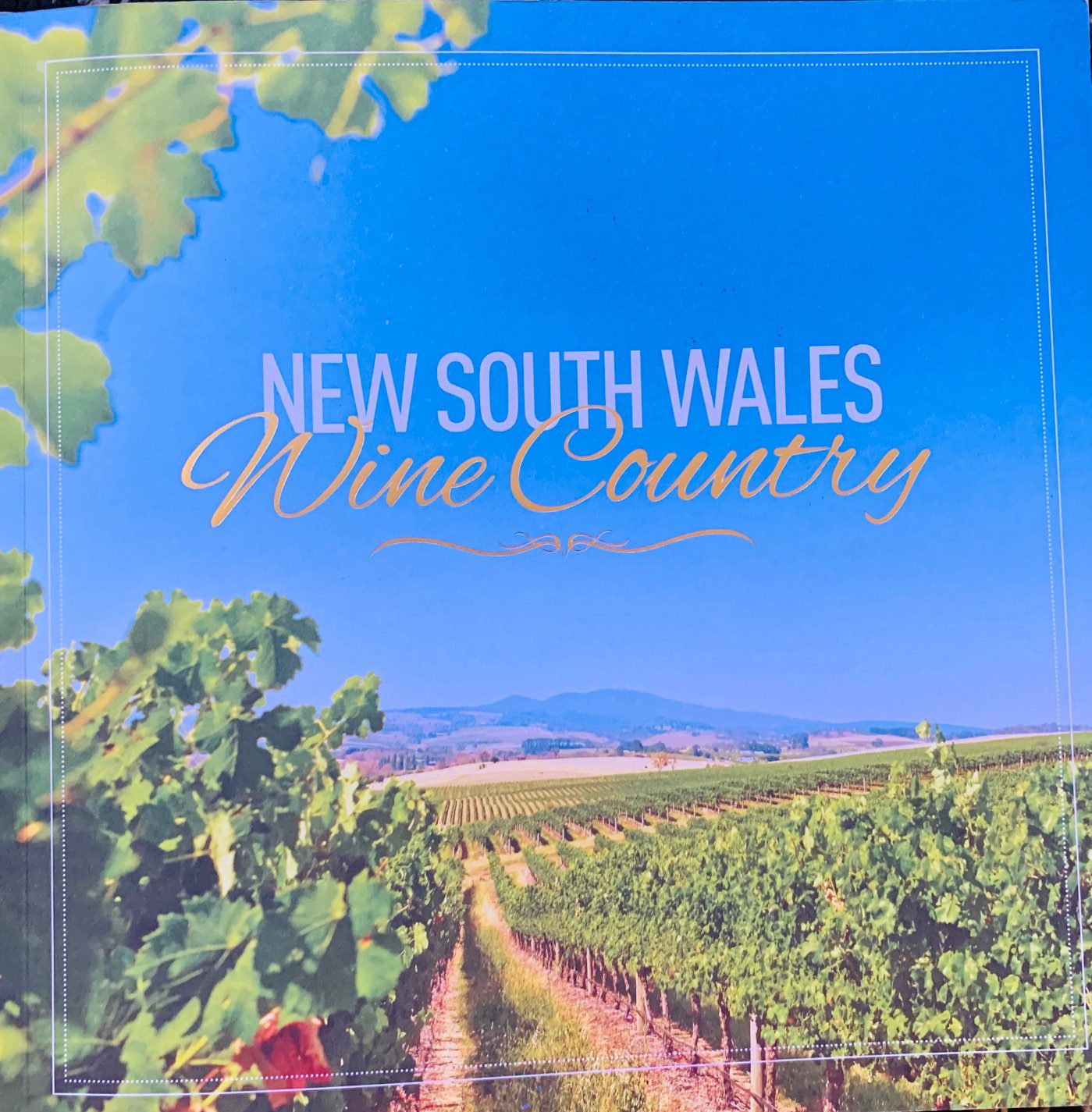 Next month I am traveling to Australia for the second time. My first trip in 2012 was purely for pleasure. I went with two girlfriends and we explored Sydney, the Hunter Valley, Brisbane, Cape Tribulation, and Uluru (Ayers Rock). It truly was the trip of a lifetime. In October I will be there for the Wine Media Conference, formerly the Wine Bloggers Conference, which takes place in the Hunter Valley. This will be a simple trip for me with a few days in Sydney, a few days in the Hunter, and then back home! Q4 is a busy travel season for me, so I opted not to make it an extended vacation.

Below is a summary of the 14 wine regions of New South Wales.

Hunter Valley is the oldest and most visited wine country in Australia. Vines were first planted in the area in the early 1820s from cuttings bought by James Busby, considered the father/grandfather of Australian wine. Other wine pioneers here included: George Wyndham (first planting, 1828), Henry Lindeman (first vineyard site, 1843), Joseph Drayton (planted his first vines, late 1850s), Edward Tyrell (first planting, 1861), and John Younie Tulloch (first vineyard, 1895). In modern times, winemakers started flocking here in the 1960’s and 1970’s. There are more than 150 cellar doors in the Hunter Valley Wine region, more than any other region.

New England is the newest and most northern region in NSW with 40 vineyards. It was officially registered as a winegrowing region in 2008, but is actually a re-emerging region as vineyards were first planted in the 1850s. New England is topographically diverse, including high-altitude vineyards (over 1,000 meters), cool-climate vineyards along the spines of the Great Dividing Range, and warmer vineyards at lower elevation on the western edges of New England. Australia’s highest altitude vineyard lies here: Black Mountain at 1,320 meters above sea level. In fact, this area is the only part of Australia with terra rossa soil at altitude. Varieties grown here include: Chardonnay, Riesling, Sauvignon Blanc, and Shiraz.

Hastings River is quite north near the town of Port Macquarie. This is one of the smallest sub-regions with only 200 hectares under vine. The first vines planted here was in 1837 by Henry Fancourt White, but they did not receive their official Geographical Indication (GI) until 1999. John Cassegrain helped in the rebirth of grape growing in 1980. He is also the first to produce Chambourcin commercially in Australia. Grapes grown here include Chambourcin, Chardonnay, Verdelho, Semillon, Cabernet Sauvignon, and Merlot. The climate here (sub-tropical and humid) is suitable for the Chambourcin grape, which is disease and mildew resistant.

Cowra is more inland and directly west from Sydney, situated in the warm, fertile Lachlan Valley. Half of the region's wine producers are certified for organic and biodynamic production! Vines were not planted here in the area until 1972 and they were granted GI status in 1998. Now there are 40 vineyards in the area with 9 cellar doors.

Orange is an inland area west of Sydney is a wine region defined by altitude. It is NSW’s largest high-altitude cool climate region with 1500 hectares under vine and 80 vineyards, most family-owned. Also, 30 cellar doors.

Mudgee is one of the few NSW regions to retain a continuous link with the vines/vineyards planted by the colonial founders. The first vineyards were planted by three settlers from Germany: Adam Roth, Andreas Kurtz, and Frederick Buchholz. The Roth and Kurtz families still have holdings in the area. In fact, vines on the Kurtz property were identified as clones of some of the original Chardonnay vine stock brought to Australia from Europe during the early days of the colony. Most of Australia’s Chardonnay stocks are sourced from these vines and are virus-free. However, it is notable that 75% of local production is based on reds, mostly Shiraz and Cabernet Sauvignon.

Shoalhaven Coast is a newer region with vines first planted in the 1970s. Breathtakingly beautiful coastal vineyards define the area and oysters are a specialty here. This is actually the start of the South Coast Oyster Trail.

Southern Highlands didn’t have vine plantings until 1983. This is a cool climate, high altitude region with a specialty in Pinot Gris, Riesling, Chardonnay, and Sauvignon Blanc.

Canberra District is defined by their complicated land laws, which have discouraged vine plantings in the area. Vineyards have been planted within the ACT (Australian Capital Territory) since 1988. They are mostly small-scale growers with 30+ cellar doors. Fun fact, Canberra is one of Australia’s key truffle-growing areas!

Hilltops produces some of the best known cool-climate reds. Not wine-related, but interesting, their two main annual events are: Running of the Sheep and the National Cherry Festival.

Gundagai is a very new region and doesn’t really have a wine identity just yet.

Riverina is the big boy where Yellowtail is based. There are 20,000 hectares planted and they produce 60% of the state’s production and are the state’s largest exporter.

Perricoota is the smallest NSW wine region along the Murray River. There are only a handful of growers in the region. They all work together (as a co-op) and make the Collexion, a wine made using the fruit from all the growers in the area.