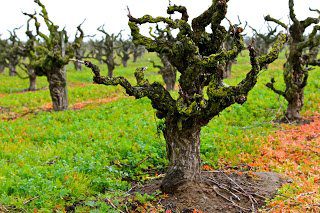 Next week I will head up to my second Wine Bloggers Conference (WBC16) in Lodi, California. Last years conference was a whirlwind. I had started my blog and WSET Diploma classes not a month earlier. There was A LOT going on at one time, but I can say that my time at WBC15 in Finger Lakes, NY was eye-opening and inspiring!

Ok, back to Lodi! In 2015 Wine Enthusiast named Lodi the “Wine Region of the Year”. See article HERE. The goal of this annual award is to “recognize not only excellence in wine quality, but also innovation and excitement coupled with the courage to take risks and the skill to succeed”. What an honor for Lodi! I’m chomping at the bit to get up there in a few days and explore!

Now, let’s get ready for the Wine Bloggers Conference by exploring a unique project called Lodi Native. The goal of Lodi Native is to make minimalist (aka low-intervention) terroir driven Zinfandels in the Lodi and Mokelumne River sub-AVAs. Bottom line: to make simple, clean wines with a focus on the fruit that the earth provides.

So...how do you make low-intervention wines?

Well, you start with some rules. Ground rules for the Lodi Native winemakers include (these are simplified a bit than the full list, which can be found HERE):

1.  Native yeast fermentation (native fermentations start spontaneously by ambient yeasts and can produce a wine with a wider range of flavors and characteristics; this is in contrast to inoculated fermentations that are initiated by the winemakers which can produce more stable and predictable wines)

2.  No malo (malolactic fermentation is a when harsh malic acid is converted to softer lactic acid, adding flavor and complexity to the wine)

3.  No acid adjustment (in warmer climates wines can be acidified because the acid levels in warm-climate grapes can be a bit low; acidification is considered a “correction” for grapes that were picked too ripe)

4.  No new oak (new oak can impart flavors such as vanilla, coconut, and spice. Neutral oak or stainless steel tanks impart little to no additional “flavors”)

6.  No de-alcoholizing (in warmer climates the alcohol levels in a wine can reach higher levels than in cooler climates)

7.  No tannin additions (commercial tannins are made by extracting tannins from wood and then adding them to wine. This is in contrast to naturally occurring tannins that can be found in the skins, seeds, and stems of grapes)

8.  No filtering/fining (filtering and fining can be done for aesthetic purposes to ensure the wine does not end up hazy or cloudy)

Who came up with this Lodi Native idea?

One man: Randy Caparoso. Randy is a full-time wine journalist who blogs HERE and who also consults with restaurants. He is an Editor-at-Large for the SOMM Journal and blogs for LodiWine.com. In Randy’s own words, the objective was to highlight heritage vineyards. According to him, it is the vineyards themselves that are the real “natives”. 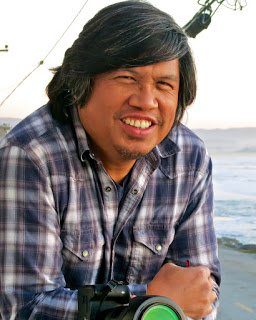 What is Lodi Wine about?

Grapes have been growing in Lodi since the 1850s with old-vine Zinfandel as king. Lodi used to be known predominantly for selling grapes to winemakers in other regions, including: Napa, Sonoma, and the Central Valley. When consumers would see “Lodi” on the label, they would perceive the wine to be a big jammy fruit bomb. Consequently, Lodi (and the Central Valley) came to be know as a place where industrial wines are made: wines with a lot of intervention and tinkering. Within the last 10-15 years, Lodi has started to be known as a “destination” for wine. There are over 70 small boutique wineries in Lodi. Many of them are family-owned and have been making wine for generations. The vineyards have warm and welcoming tasting rooms onsite and tourism overall to Lodi has increased. This has incentivized the winegrowers to hold onto more of their grapes to be made into wine under their own label.

This blog post is just an amuse bouche...we are not delving into the wines just yet. In my next post I will share the wines with you and introduce you to the 6 winemakers who made this Lodi Native project come to life. 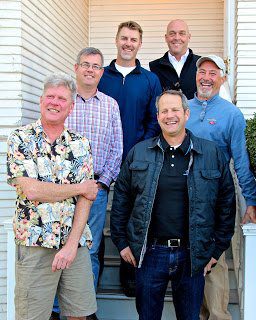 Where do you get these wines?

These wines are available exclusively as a 6-pack from the Lodi Wine & Visitor Center. Each 6-pack retails for $180.