Last fall I attended the annual Wine Bloggers Conference in Santa Rosa, CA. The area had just been hit hard with the wildfires only a month earlier, but the resiliency of the community was apparent, as they welcomed us with open arms and leaned on us to help spread the message that Napa and Sonoma were open for business. As we’d hear throughout the week in Sonoma/Napa, in Mendocino, smoke taint was a non-issue since most of the fruit was already harvested when the fires hit. Though two wineries were lost in the fire.

Just before WBC began, I attended a pre-conference excursion called the “Inner Mendo Odyssey” which took us to various properties in Mendocino. I had never been to Mendocino and was blown away. It felt like I was transported to a land far, far away. Mendocino felt wild and untamed. In fact, it made Sonoma look fancy! 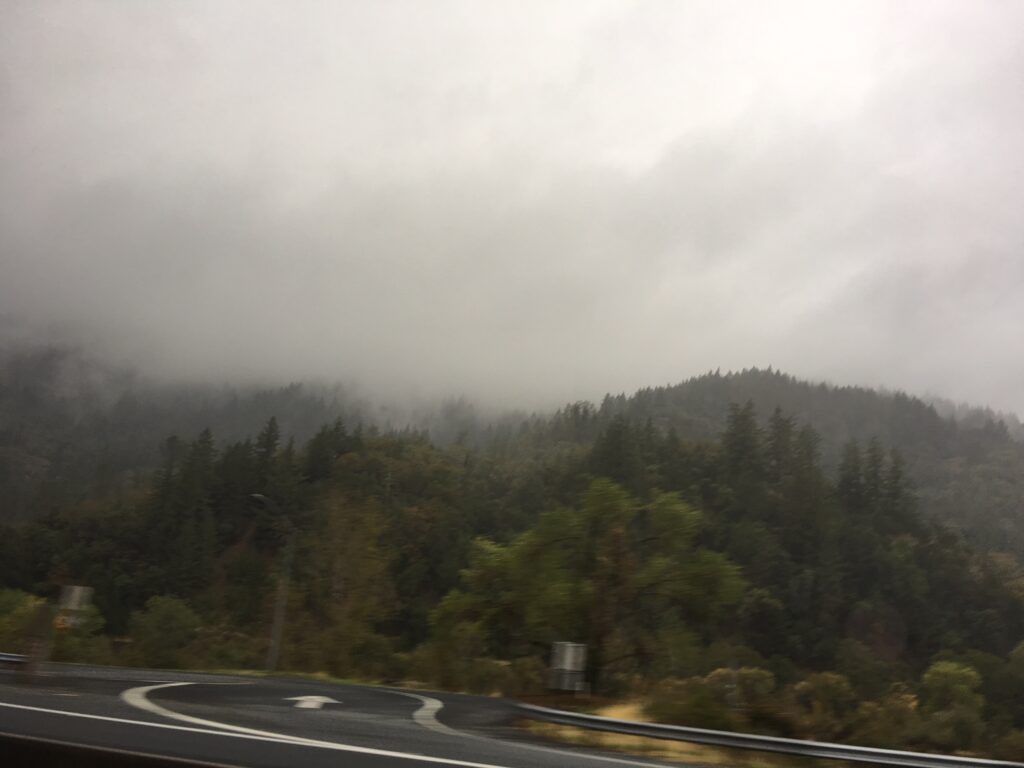 Mendocino is the epicenter of organic farming in California. In terms of wine, there are 17,000 acres under vine in Mendocino County and 11 AVAs.

Our first stop of the day was Fetzer Vineyards in Hopland, CA (population 817!). Fetzer is one of America’s founding wine families and has since been acquired by Viña Concha y Toro. They are considered a certified zero waste and carbon neutral brand. They also operate on 100% green power. Here our group shared a toast and engaged in a conversation about sustainability and carbon farming with people from both Fetzer and North Coast Brewing Co. 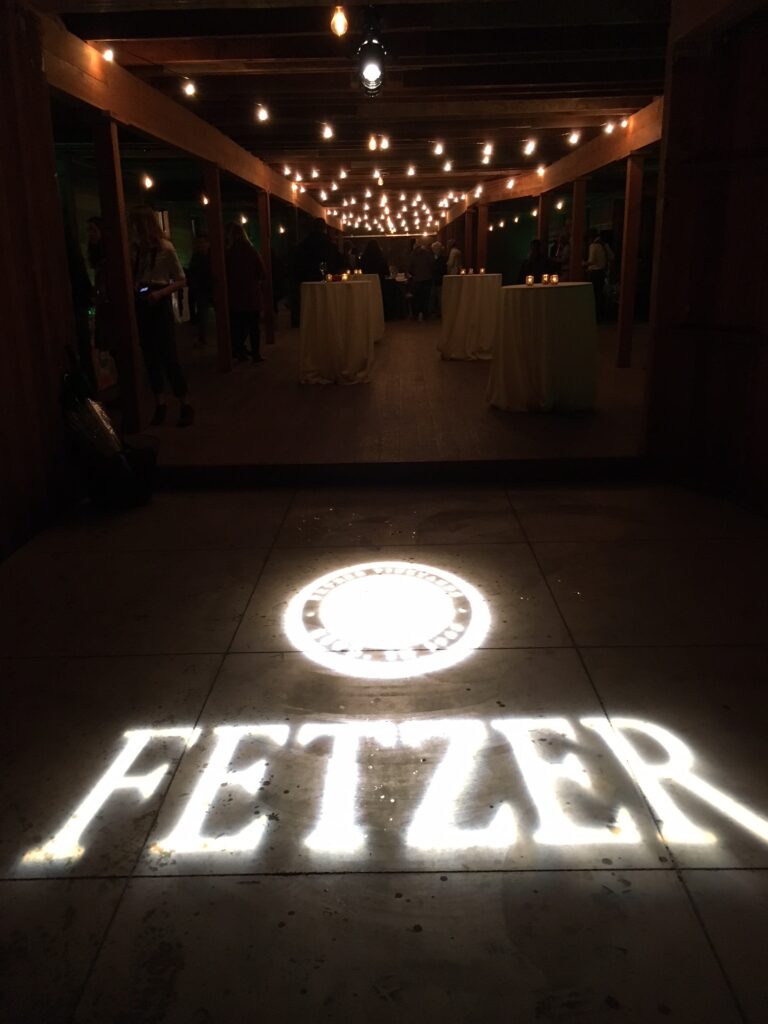 Biodynamics refer to the process with which grapes are grown and wine is made. Biodynamics were developed by Rudolf Steiner using his own formulas as well as referring to the astrological and lunar calendars. Organic wine is wine in which the grapes were not sprayed with chemicals (making the grapes certified organic) and the wine was made with no added chemicals (i.e. sulfites). Both are very sustainable and have their own pluses and minuses. The beauty of nature, is that there is no waste in nature. Nature is a naturally sustainable system. Biodynamics closes the fertility loop because everything the system needs is within the system. I heard an interesting quote at this panel: there isn’t too much carbon, it’s just in the wrong place. This has always been something I’ve said about resources. It feels that we (aka the planet) have enough water and food. It’s just that those resources are misallocated. This is evident every time we throw away food in our fridge that has gone bad or throw away leftovers just because we don’t 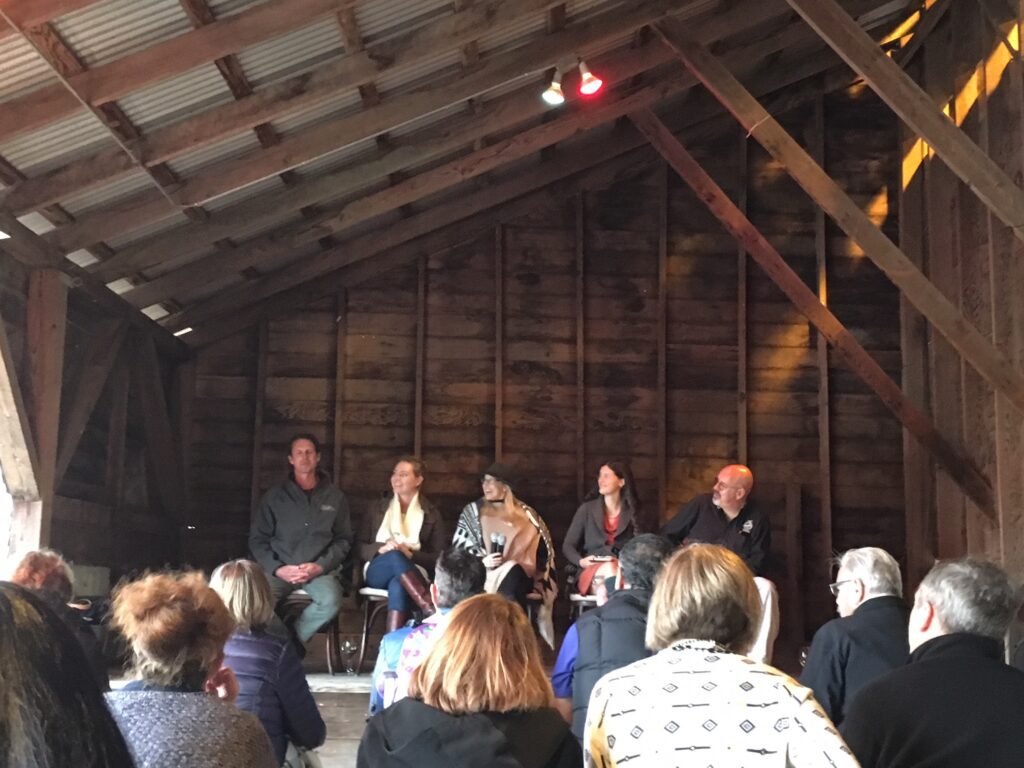 Fetzer is the largest winery in the world to be named a Certified B-Corp. B-Corps meet the highest standards of verified social and environmental performance, public transparency, and legal accountability, and aspire to use the power of markets to solve social and environmental problems. This certification allows the board to make decisions not solely on profit. Profit is still a factor, but not the only factor.

A couple standouts tasted that day:

This wine has been produced for over 30 years and comes at a whopping $9 pricepoint. What a value! I was floored by how much I enjoyed this. 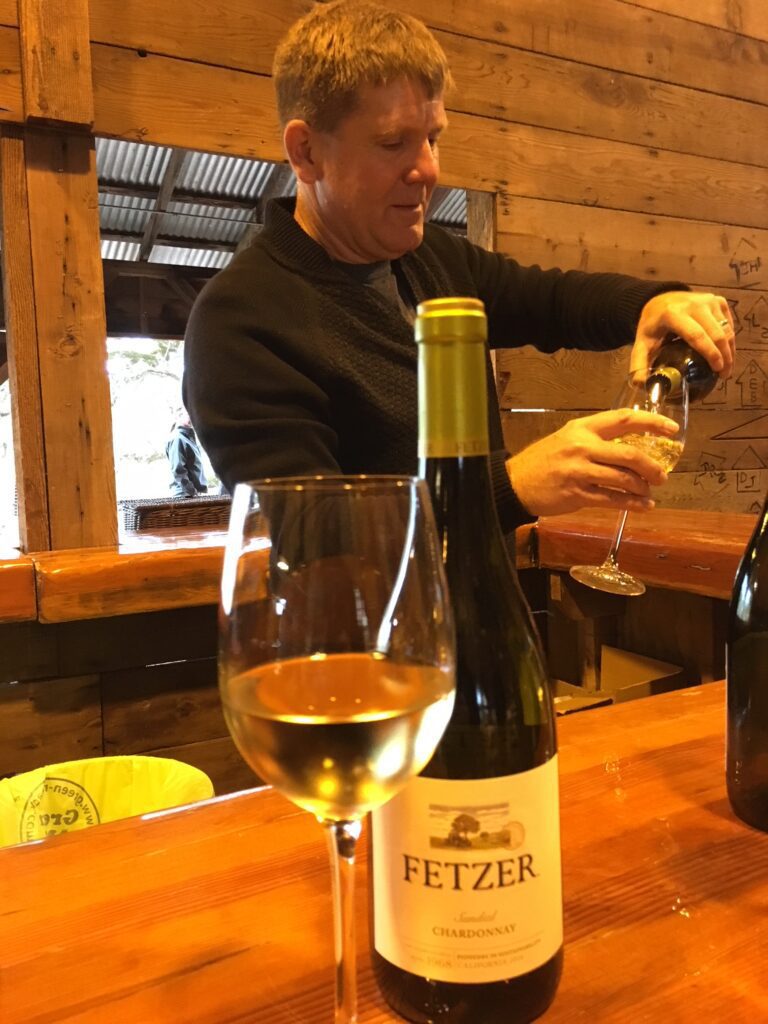 This is the ONLY beer I have ever liked, except for cider. In fact, I’d consider it a good crossover beer for the rosé wine drinker. It actually tastes like a cross between beer, juice, and cider. 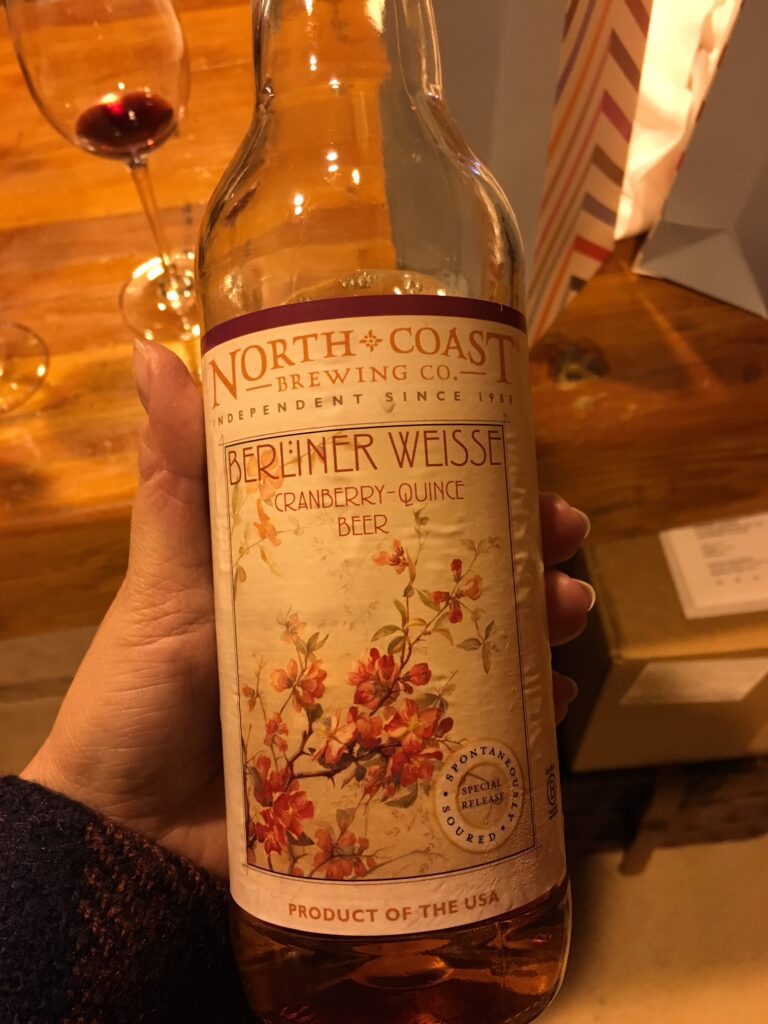 After the sustainability conversation, we had an opportunity to engage in a wine blending competition with Bob Blue, winemaker of 1000 Stories, a Fetzer brand. 1000 Stories is a new brand. The wine is matured in both new and used, charred Bourbon barrels, which are plentiful as each barrel can only be used once to make bourbon. To continue on the sustainability train, 1000 Stories supports the Wildlife Conservation Society and American Bison Society in their efforts to help restore natural habitats and reintroduce bison to healthy environments. 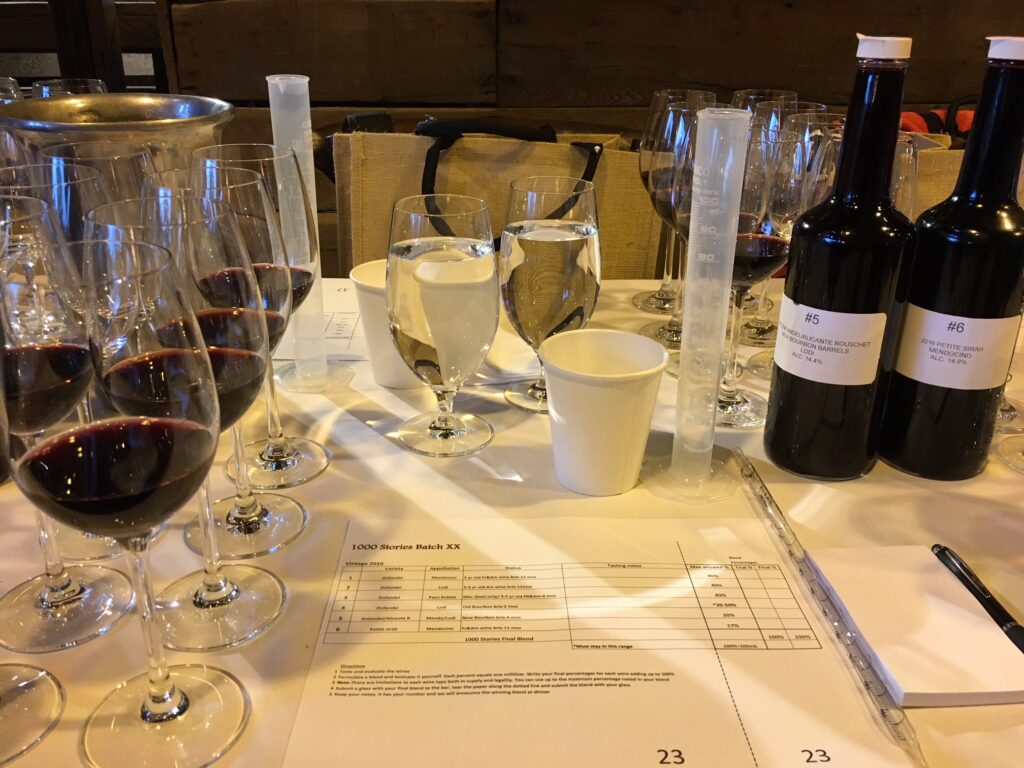 In the blending competition, we tried different component wines including Zinfandel, Alicante Bouchet, and Petit Sirah from Mendocino, Lodi, and Paso Robles. From there we got to play winemaker and create our own blend for submission into the contest. It was a fun exercise, but who the hell really knows what they’re doing…..probably none of us! 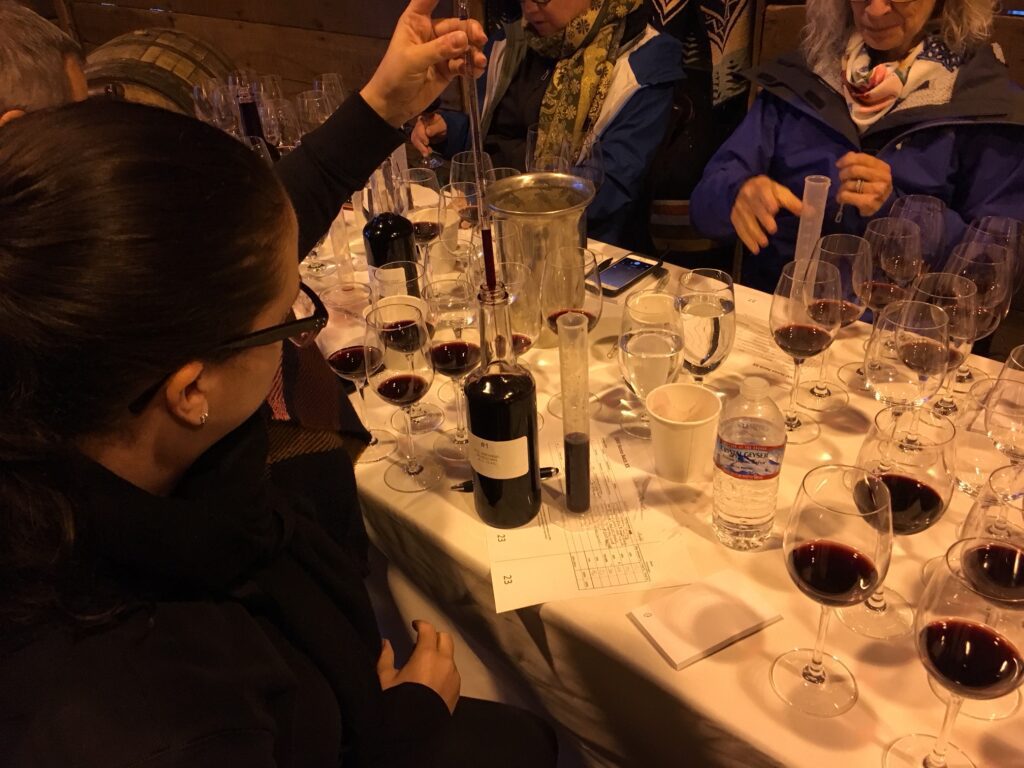 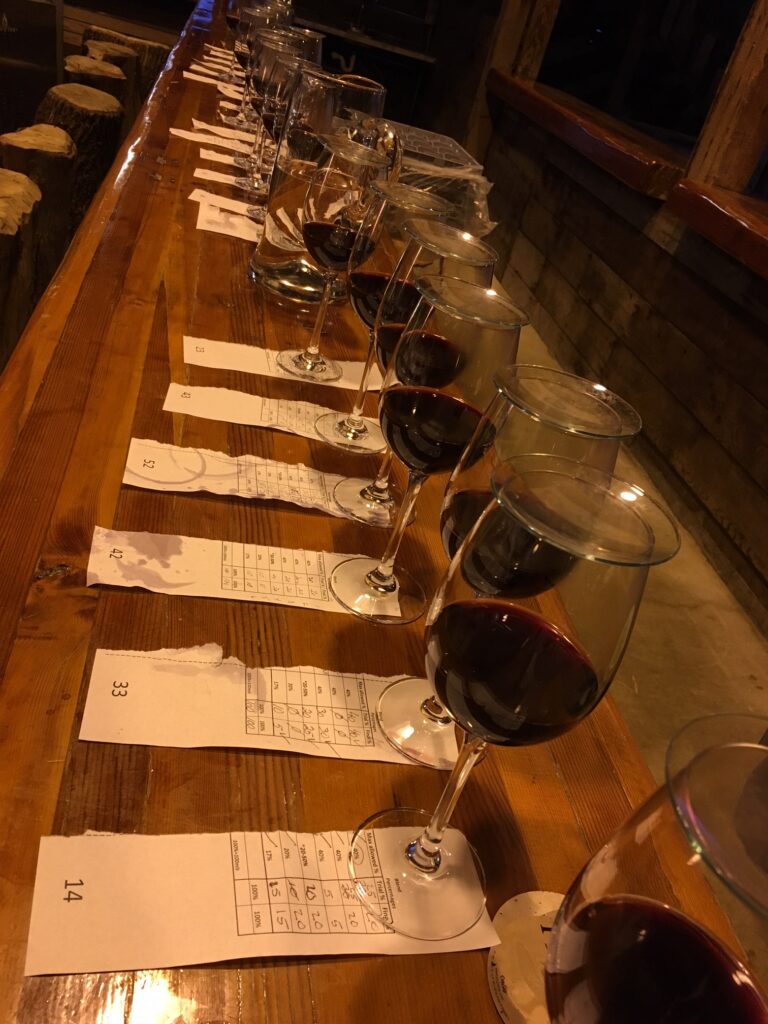 We were then bused to the Fetzer 50th Kick-Off Reception & Dinner at Campovida. Fetzer was about to celebrate their 50th harvest that following week. Campovida is an organic farm, winery, and event space. Chefs such as Alice Waters, Emeril Lagasse, and John Ashe learned here. Gary Breen and Anna Beuselinck are the proprietors and the Campovida brand makes 3000 cases annually (24 different varietals)!

Here is a peek at the menu we enjoyed. The food (and wine!) was plentiful, hence I didn’t get too many tasting notes! 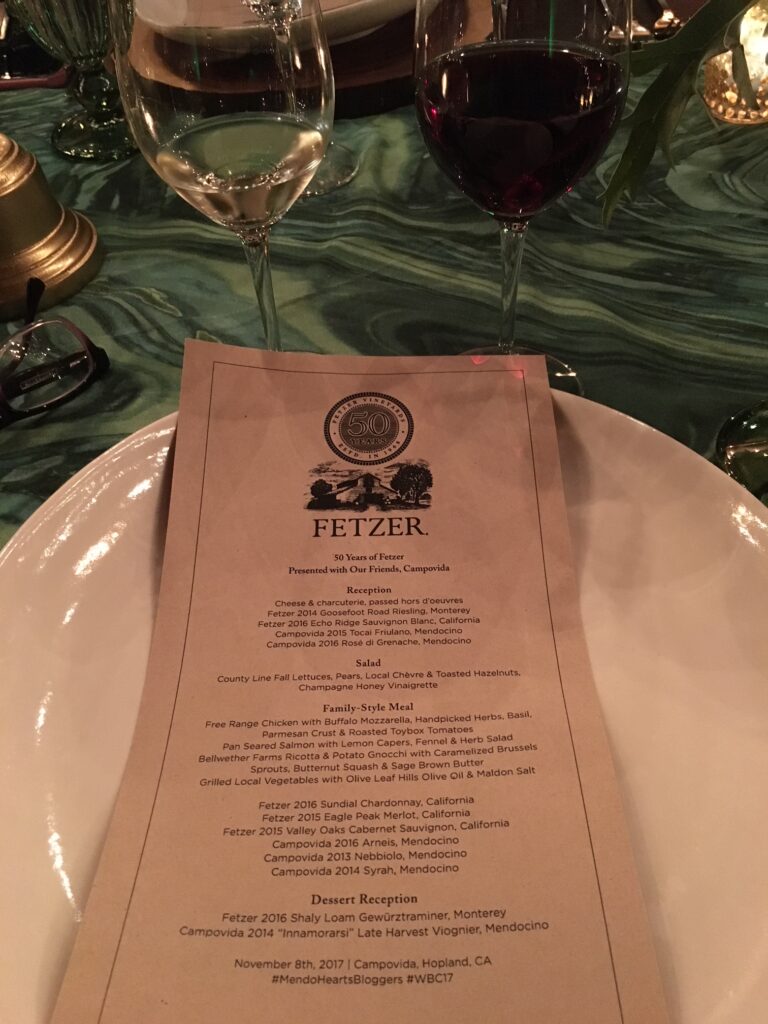 With this menu we enjoyed an Arneis, Tocai Friulano, Rosé di Grenache, Nebbiolo, Syrah (this was my standout wine!), and late harvest Viognier.

Next week I'll delve into Bonterra Vineyards and their wines, which are certified organic and biodynamic!