Fontanafredda: The Beauty of Langhe Nebbiolo

The history of Fontanafredda (and Langhe Nebbiolo) is a noble one and began in 1858 after the unification of Italy, when the country’s first king, Vittorio Emanuele II, purchased this beautiful estate in Piedmont’s Langhe region for his mistress. Quite the scandal! Here he started producing wine from local varieties, Dolcetto, Barbera and Nebbiolo, which later developed into a commercial business under the direction of the King’s son, Count Mirafiori. Fontanafredda released their first Nebbiolo labeled as Barolo with the 1878 vintage.

Since 2008, Fontanafredda has been owned by visionary businessman and Piedmont native, Oscar Farinetti (co-owner of Eataly), who has brought new life to one of Italy’s most heralded properties. They’re doing something right, as Fontanafredda was awarded European Winery of the Year by Wine Enthusiast in 2017. In 2018, the Fontanafredda vines were certified organic and they are now the largest certified organic company in Piemonte.

Fontanafredda is a 250-acre property in Serralunga d’Alba, a cru site of Barolo, the single largest contiguous wine estate in the Langhe. They also work with 400 local grower partners in sourcing grapes for their wines. Speaking of wines, let’s get to tasting these Langhe Nebbiolo wines!

I enjoyed these wines as part of a lovely luncheon at Spago Restaurant in Beverly Hills, where we tasted Fontanafredda’s current Barolo releases, as well as a selection of special library gems going back 20+ years. Enjoy!

Langhe Nebbiolo (and other) Tasting Notes

Dry, delicious, and lively describes this Metodo Classico sparkling made of 80% Pinot Nero and 20% Chardonnay. What makes this special is that their 1967 Barolo is the liqueur d’éxpedition. 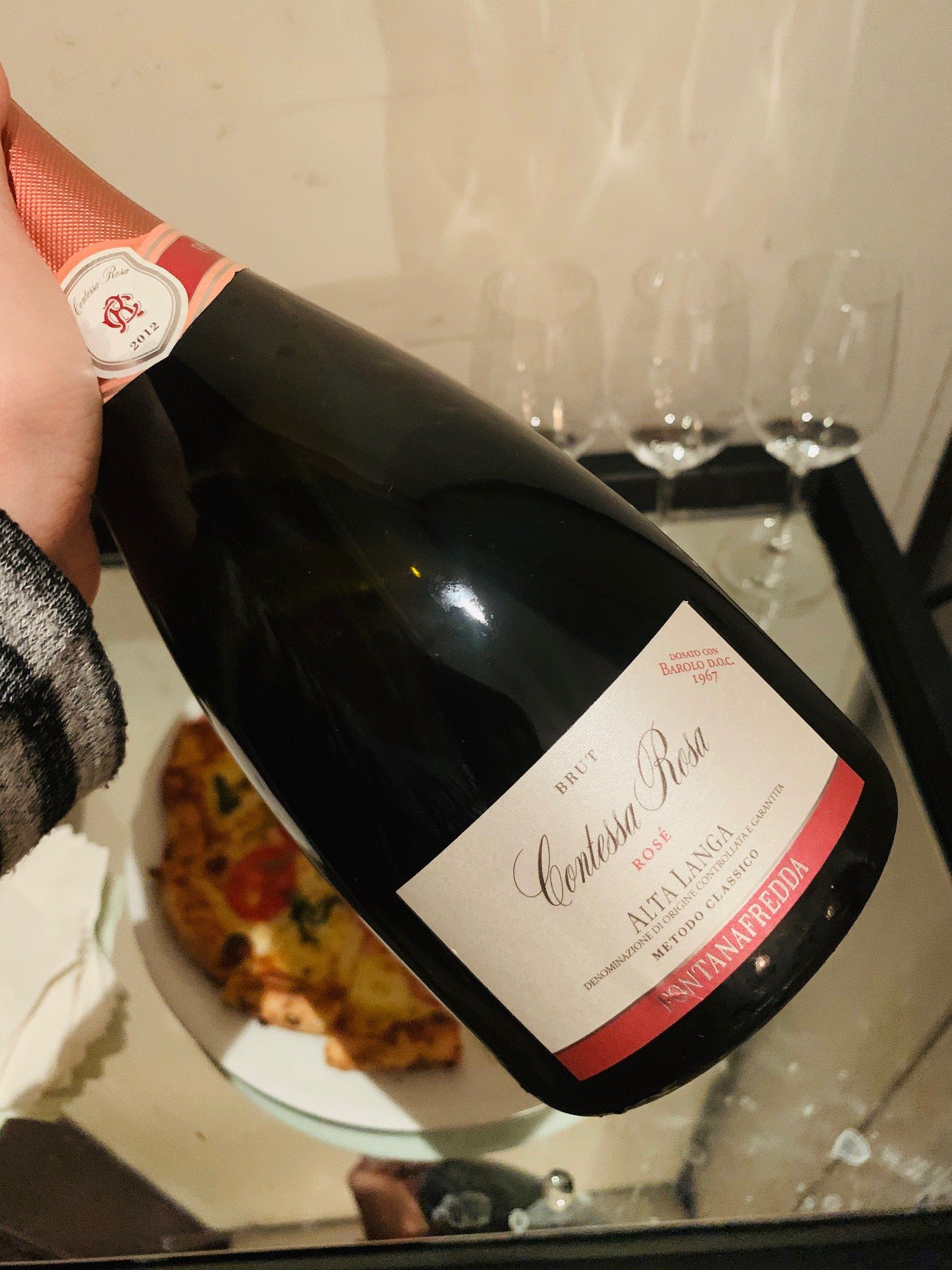 This was Fontanafredda’s first single-village Barolo ever produced since 1988 and this bottle (and label) is the icon of the estate. I get balsamic and meaty notes and, as expected, prevalent tannins, plus Serralunga trademarks of roses and underbrush. 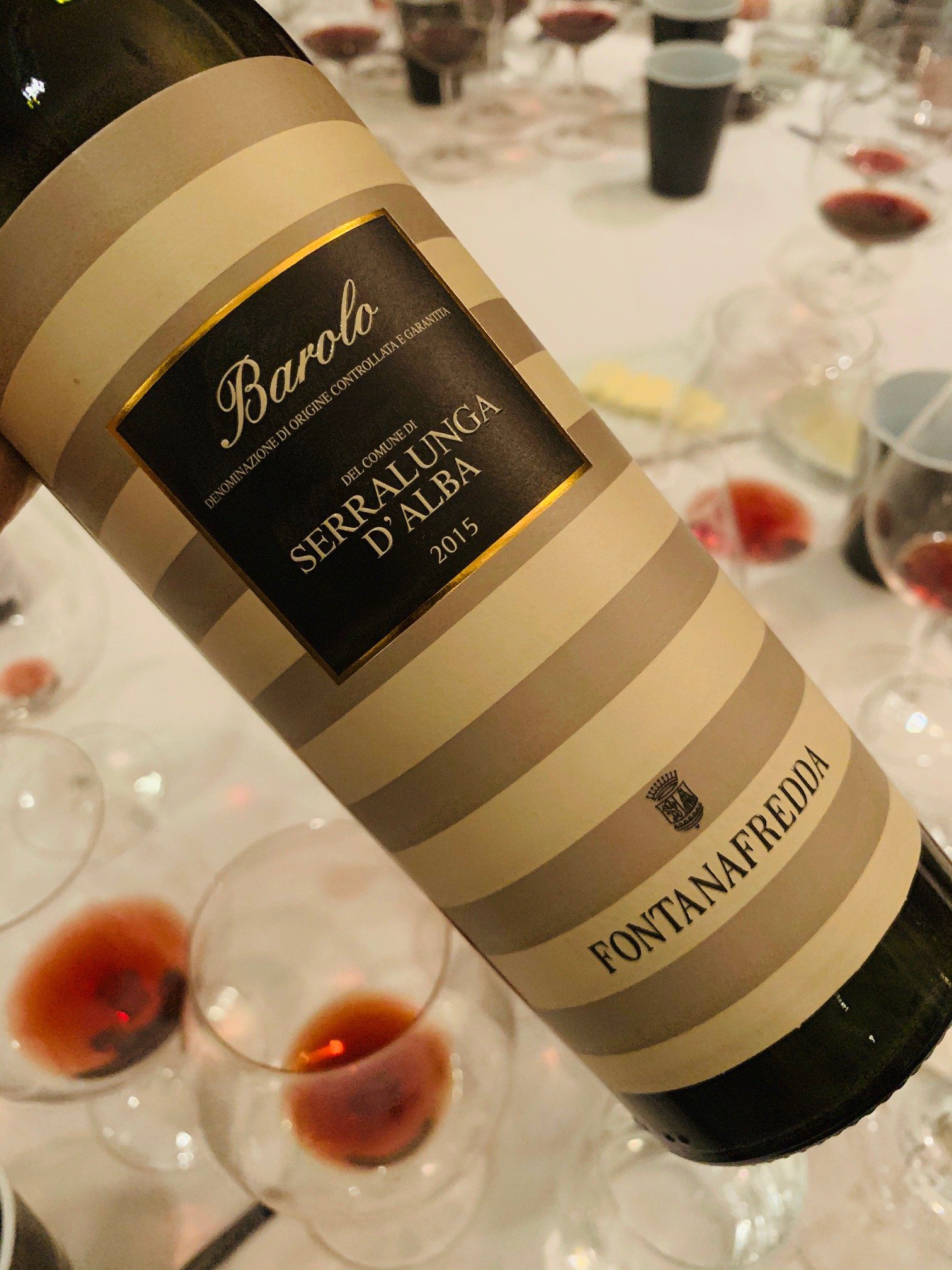 My first impression is that this is a pretty wine, but then it opens up and get sturdier on the nose. Moderate acid, lots of savory/underbrush notes on the palate, and prevalent tannins. 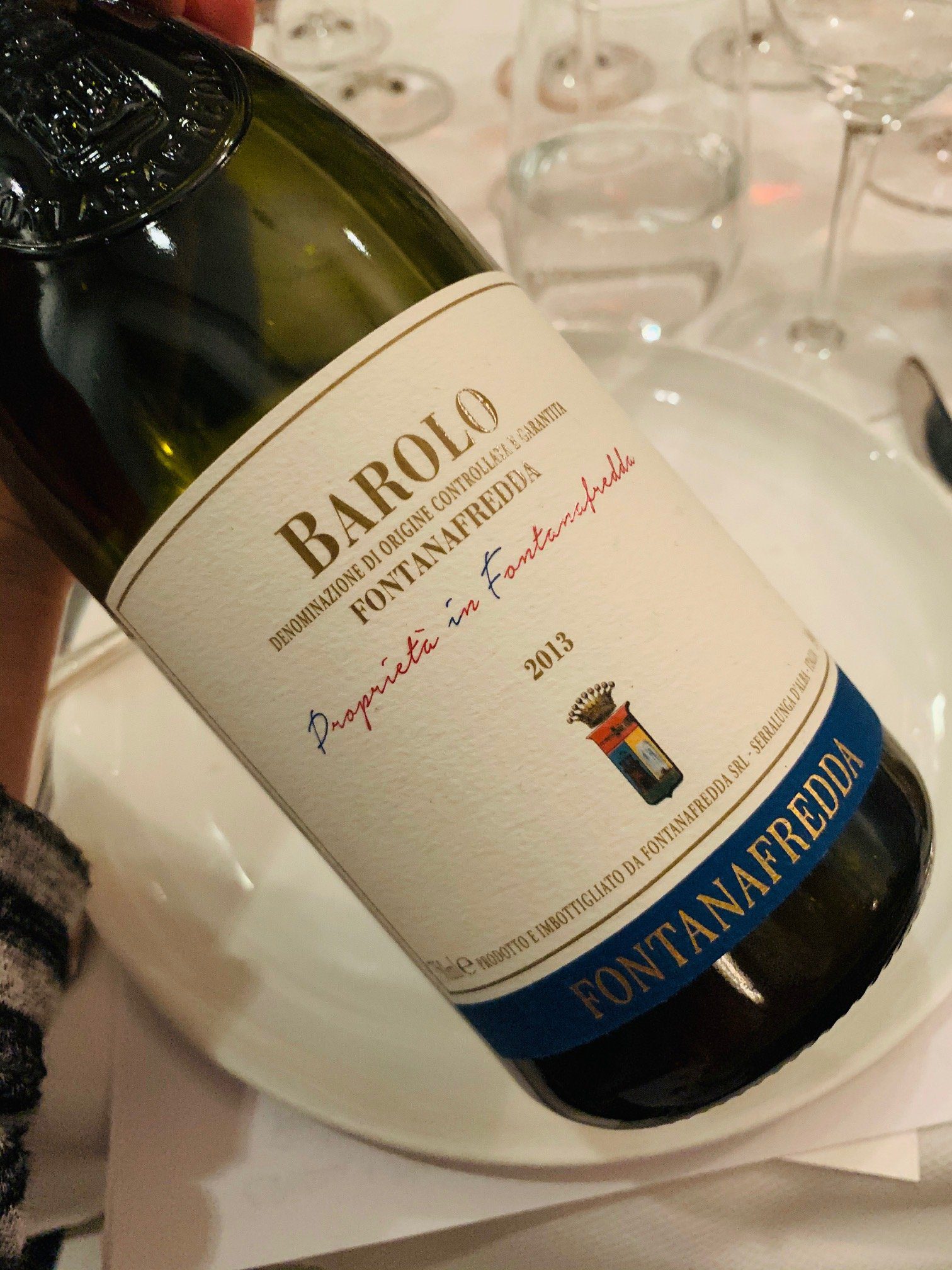 Oh my….come to momma. This wine shows Barolo typicity of tar and roses. Lovely. Reminds me of the elegance of Pino Noir, but distinctly Italian and distinctly Nebbiolo and with no Italian rusticity. 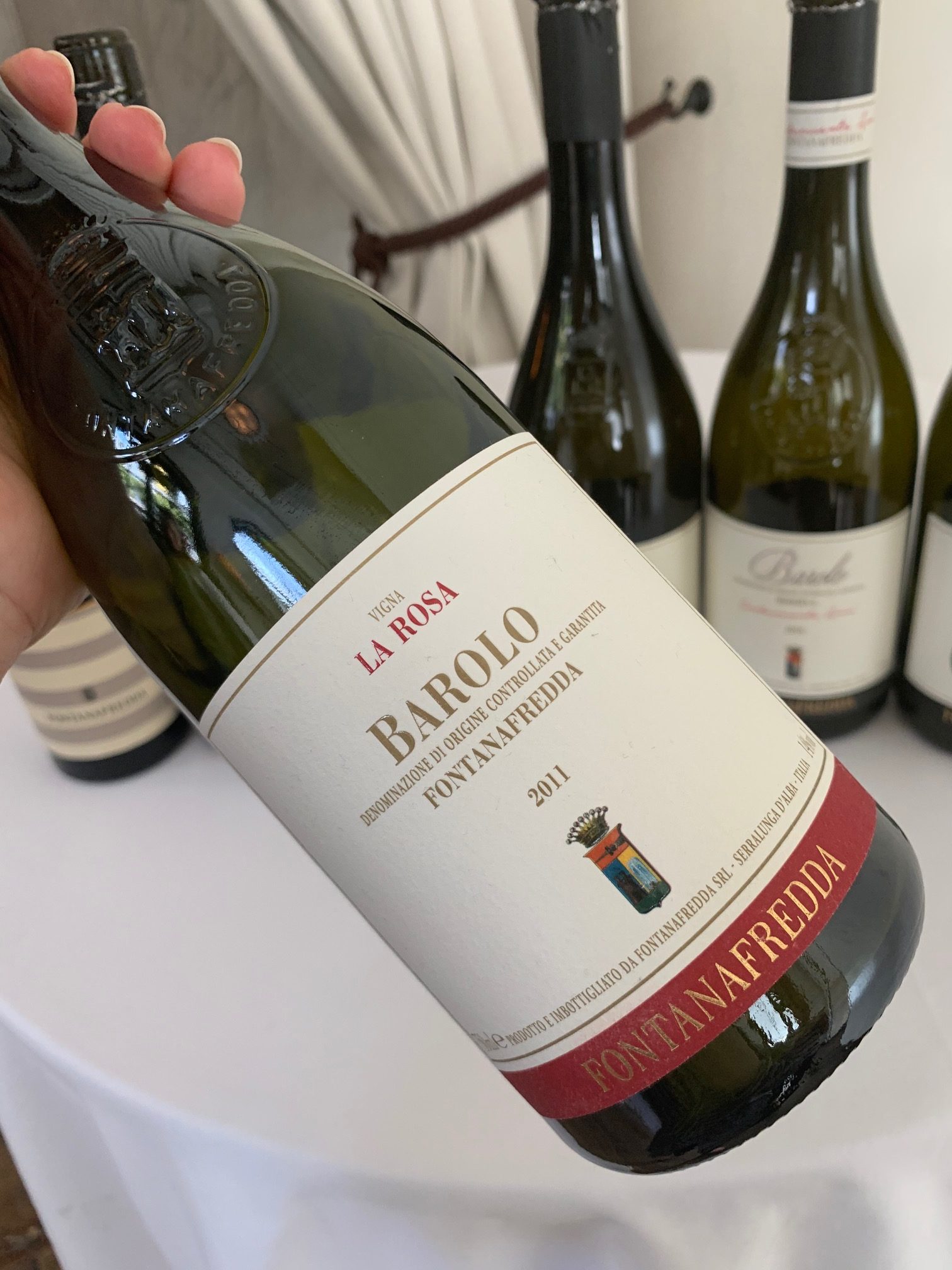 This wine is showing graceful age, in the same way as Helen Mirren. The fruit is fading beautifully, and I’m ok with it. Quite stunning; showing both savory and tertiary notes. Beautifully subtle aromas and flavors that you’d expect for a 24-year old wine. 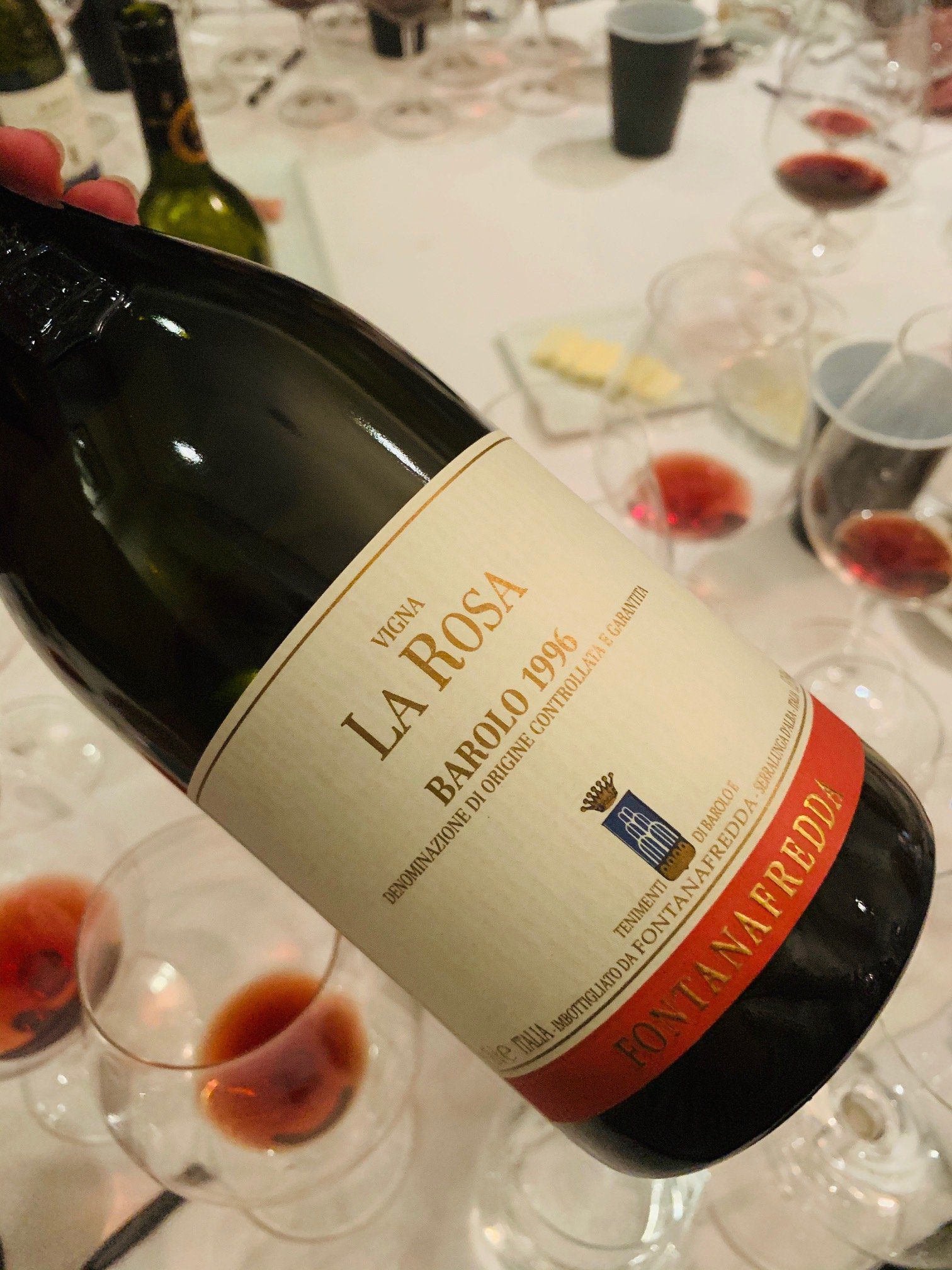 The Riserva level gets an additional two more years of aging, while this wine is only made in the best years. The official tasting notes say “a fresh sour note”. I LOVE that descriptor. I have been using “sour” as a tasting note for a while, but I’ve never seen in print! 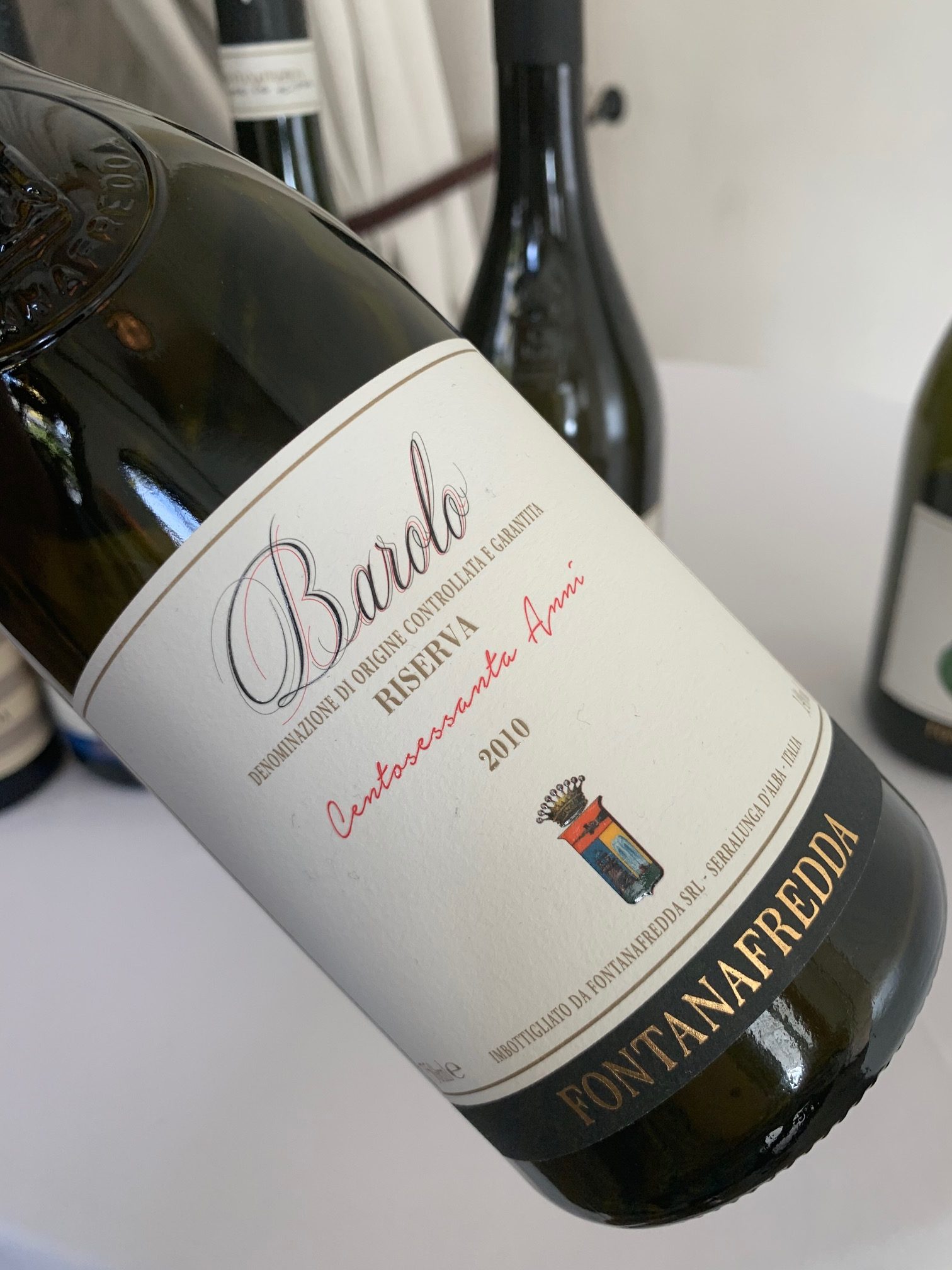 This wine was first made in 1964 (hence the year on the label). Deep, dark fruit plus a faint florality with super, duper woody tannins. 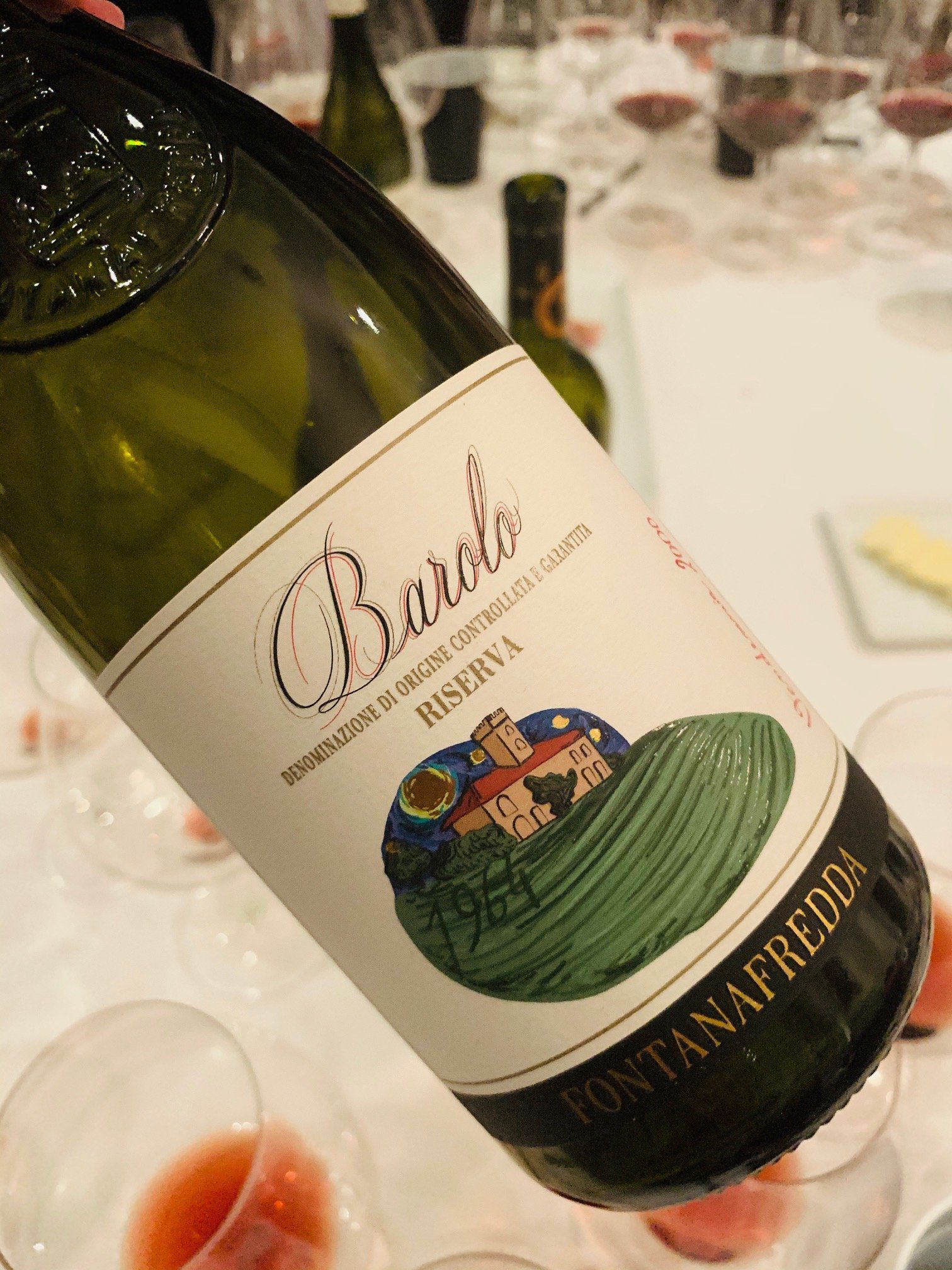 For more great Italian content, check out my blog post on Travaglini Gattinara, also a study of Nebbiolo.