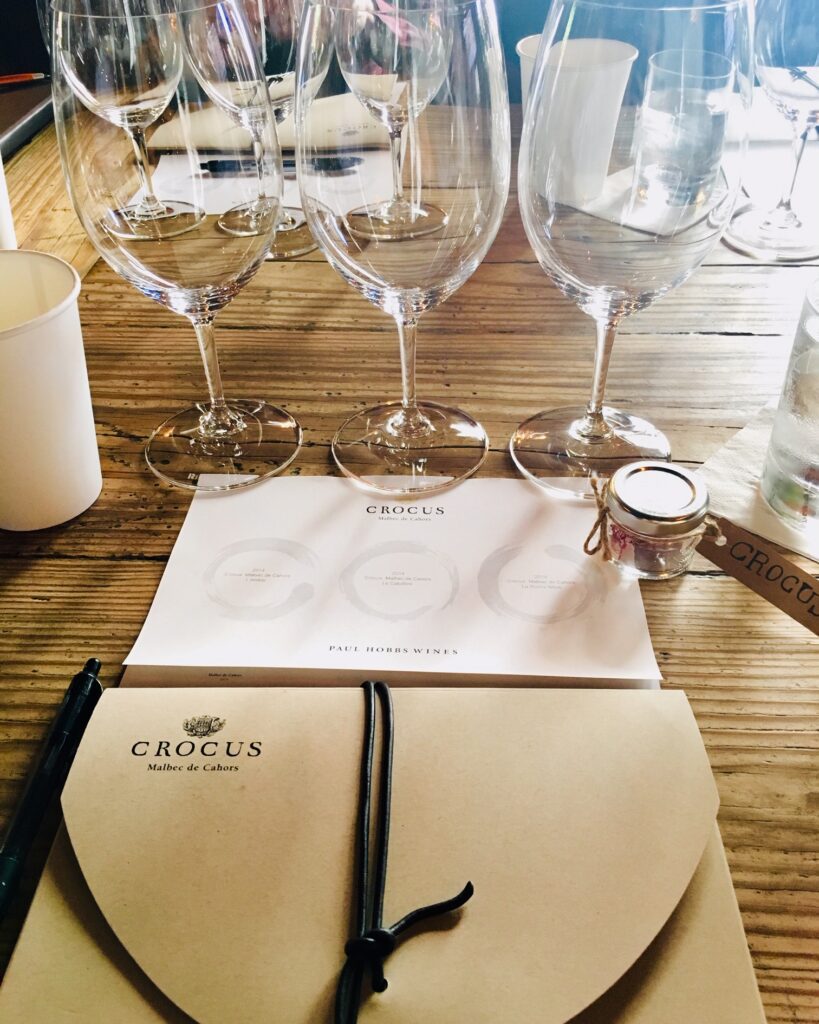 Not too long ago, I was delighted to attend a tasting of Crocus wines at A.O.C. restaurant in Los Angeles with special guests: internationally renowned winemaker Paul Hobbs and 4th generation Cahors vintner Bertrand Gabriel Vigouroux. His family has been making wine in Cahors since 1887. And in 2011, he and Hobbs started Crocus. Crocus is named after the crocus sativus flower which produces saffron. It has been grown and harvested in the Cahors region since the 14th century and fitting that at the event we all received a small vial of saffron to take home! 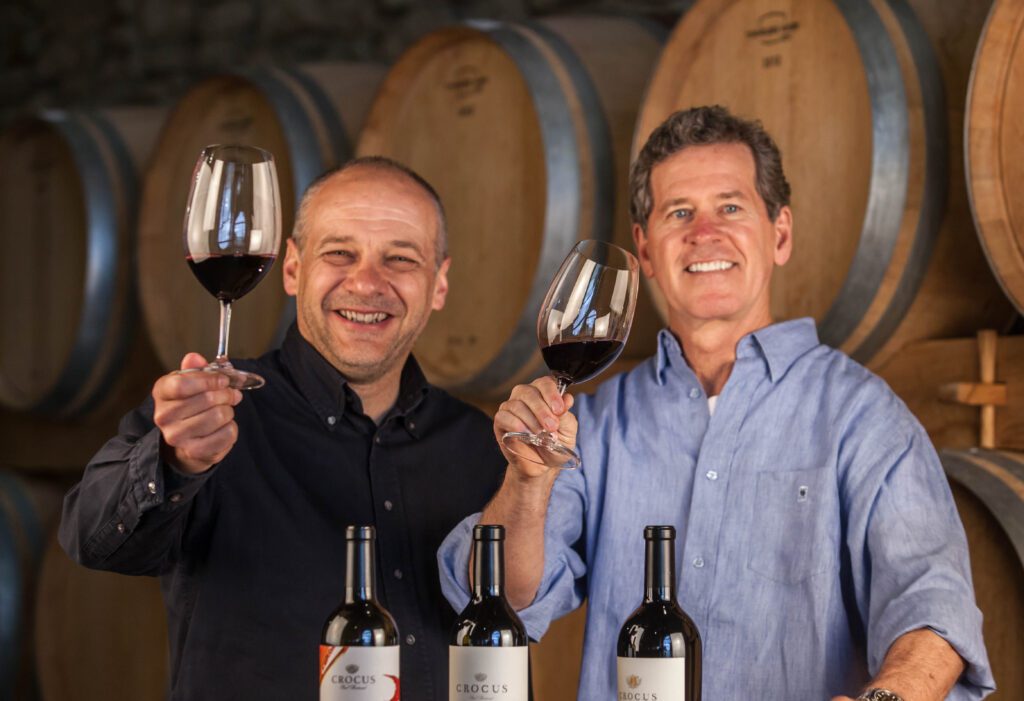 Hobbs first visited Argentina in 1988. At that point in time Malbec was primarily used as a blending grape. Challenging that notion, in 1989 he made a small lot of Malbec that was praised by the US press. He then launched Viña Cobos, making varietal Malbec. In 1999 the wines were introduced to the US and received the highest score to date for an Argentine wine.

How did Crocus start?

Bertrand visited Argentina for the first time in 2007 as he wanted to better understand the global success of Malbec and see it for himself. He had heard of Paul Hobbs and his success, so during the trip he invited Paul to visit the Cahors. Hobbs visited and found wines from Cahors to be traditional and not very suited for modern tastes. He decided to consult with Bertrand to bring innovation and a modern touch to the region. In 2011 Crocus was born.

The goal was to present a new interpretation of the Malbec of Cahors. To meld modernity and tradition. Many people historically had a negative opinion of Cahors wines. Unclean winemaking practices are sometimes used and wines can be very tannic and over-extracted. Overall, the wines are generally basic and most of it is consumed domestically. Crocus aimed to clean up winemaking using temperature control and cold maceration. They also sought to minimize cap management, which in turn would minimize extraction. Ultimately they were on a quest to define Malbec in its birthplace.

The Cahors region lies east of Bordeaux and the AOC was formed in 1971, though vines have existed there since the Roman times. The AOC rules state that wines must be 70% Malbec (the balance must be Tannat and/or Merlot). Over 4,000 hectares are planted in the Cahors. The climate is continental (it gets warm in the summer but cools down quickly in early fall) and soils are varied.

Aside from the fabulous served food by the A.O.C. staff, we tried 3 Crocus wines. All three wines are 100% Malbec, employing Crocus standards of low pesticide use, low tech, and low intervention winemaking. According to Paul: our wines are a different take on Malbec, reflecting terroir.

This is their entry-level wine with little to no oak used. It is a Malbec of structure and elegance. This is a very well-made wine with extreme balance: no child’s play here. It is rustic though well-structured. On the nose I get ripe red and black fruit (plum, cherry), black pepper, faint spice box, and smoke. On the palate I get medium acid, medium smooth tannins, medium body, and medium flavor intensity with both red and black fruit (raspberry, red currant, fig) and black pepper.

This wines sees 18 mos in 50% new, 50% single-use French oak. “Le Calcifére” means “the one who contains lime” and takes its name from the high limestone content in the soils. This is a very precise wine that is polished, almost in the New World style. The oak is well-integrated and, according to Paul, will integrate even more with age. On the nose I get a more earthy note, and a tad less black pepper. The fruit on this wine is darker (cherries) plus a strong minerality while the palate is more concentrated and has a stronger flavor intensity. This wine is elegant, grown up. A lovely earthy, spicy (nutmeg), and chocolate feel.

This wine employs stainless steel fermentation, malolactic fermentation in barrel and 24 mos in 100% new French oak barrels. The wine is complex, modern, and bold. “La Roche Mére” means mother or parent rock, which refers to the Kimmeridgian limestone soils. A layered and complex wine that is quite beautiful. It evolves in the glass and even in your mouth. Very drinkable and balanced. The wine is deep purple in color with concentrated, deep aromas on the nose of black cherry, dark plum, fresh cracked black pepper, and oak (vanillin/cedar). The palate has concentrated, piercing flavors of black and red fruit (raspberry, blackberry), black pepper. There is also an herbal sage note, chocolate, spice (clove, vanilla), and cedar/smoke

According to Hobbs, the wines here are significantly different than other Cahors wines. I tend to agree.