I really, really, really wanted to call this piece “Burgundy Wines 101”. BUT the Bureau Interprofessionnel des Vins de Bourgogne is pushing for the region to be called Bourgogne vs Burgundy in international markets. Ok, I’ll oblige.

In fact, this is a perfect introduction to the confusing world of Bourgogne wine. There’s no way around it. I have been studying wine for the better part of five years, and I still don’t quite GET Bourgogne. And I remember while I was in WSET Diploma study mode, many of my classmates felt the same. A few months ago I attended an all-day Bourgogne educational seminar put on by Somm360, which is a continuing education platform for somms. My favorite quote of the day was from Christian Oggenfuss, founder of the Napa Valley Wine Academy. “Generalities are dangerous in Bourgogne because there are so many exceptions.“ See… it’s confusing!! Bourgogne is a geographical and a wine region in the east of France. In regards to wine, the sub-regions north to south are: Chablis, the Côte-d’Or (which includes the Côte de Nuits and Côte de Beaune), Côte Chalonnaise, and the Mâconnais. 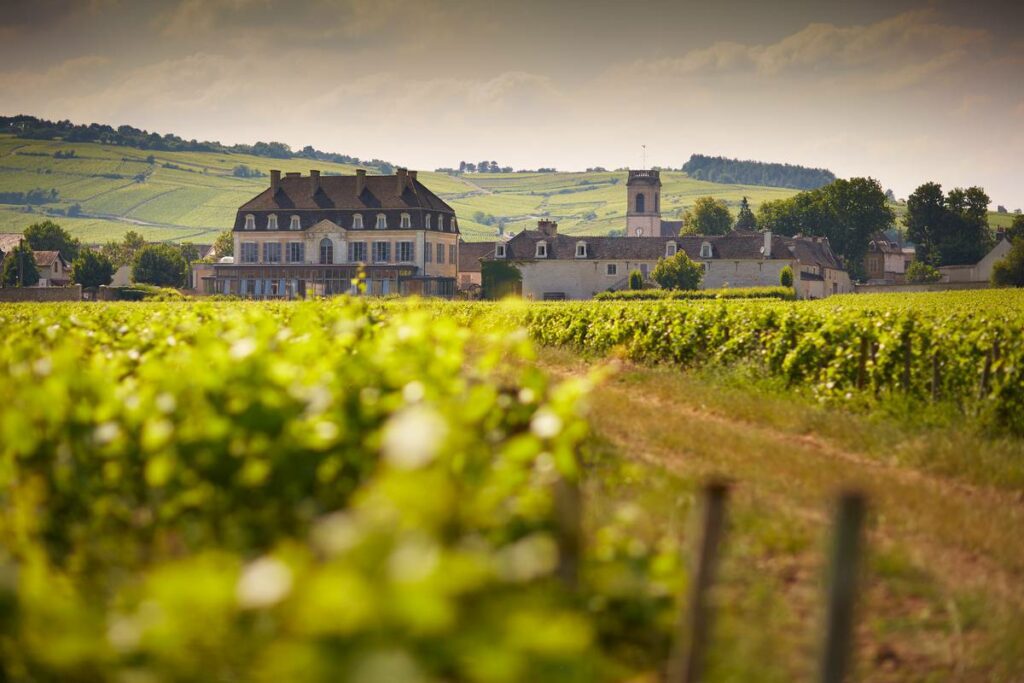 Here Are Some Basic Facts About Bourgogne to Get Your Feet Wet:

There are 33 Grand Crus. Examples include: Montrachet and Charmes-Chambertin. These wines are of the highest quality level within the region.

There are 44 Village and Premier Cru. Examples include: Chablis 1er Cru, Mercurey, Pouilly-Fuissé).

There are 7 regional AOCs that makeup 50% of the entire surface area of Bourgogne AOC. An example is Mâcon-Villages. So what separates us from Bourgogne wines. For one, it’s confusing. And secondly, it’s expensive! Why is Bourgogne Confusing? Labeling of wines in the Old World is confusing AF for American consumers. French (and all Old World wine) is bottled by the region/village and NOT the grape. For example, a white Bourgogne would not say “Chardonnay” anywhere on the bottle. Also, unless it is of the basic regional quality level (see below), the label might not even say Burgundy/Bourgogne. Let’s say it’s a white Chardonnay from Meursault (a sub-region of the Côte de Beaune), it would only say Meursault on the label, plus the name of the producer, who you may or may not know. So if you don’t know the producer and/or that sub-region, you’re SOL!

Another confusing part of Bourgogne is the inheritance laws in the area, which are bonkers. Called the Napoleonic code, the law is that a vineyard is split equally among heirs from generation to generation; making for an extremely fragmented system that adds to the confusion.The Burgundian even have their own word/notion for terroir. The term is “climat”. Climat is unique to Bourgogne. A climat is a specific area within Bourgogne that enjoys particular geological and climatic conditions. No joke, there are several THOUSAND climats in Bourgogne. And a climat is not to be confused with a lieux-dit, which is a small area of land whose name recalls a specific aspect of topographical or historical nature.

At the seminar, I asked one of the instructors to break down climat vs lieux-dit simply, as I didn’t quite get it. This person is a top Bourgogne expert. As they were explaining it, it slowly got complicated and we were back to where we started. I found that this person was unable to break it down in an easy to understand and simple manner. Now this is not to put someone down. This is to give an example of why Bourgogne (fuck it…Burgundy) is so damn complicated. Why is it so expensive and why do only fancy, rich people drink it? Because it’s confusing AF and ain’t nobody got time for that! I love wine, but I just don’t have the energy to comprehend Bourgogne. I’ll keep trying (a little bit at a time), but I don’t really have the patience nor the pocketbook to really “get” the region.

Why Are Bourgogne Wines So Expensive?

For one, scarcity. There are only 29,000 hectares under vine in Bourgogne. By comparison, Bordeaux has four times that. Another reason why Bourgogne is expensive is because the quality level of the wine (as a general rule) is so high and their popularity is equally high. The basic law of supply and demand. Many of the high-end wines in Bourgogne are vanity wines. Wines meant to show off and flaunt. For example, a Grand Cru from Domaine de la Romanée-Conti can easily run a few thousand dollars, for those willing to fork it over. What does that mean for the rest of us? Not much. Most of us cannot afford those wines and are not their target market. But know that there are lovely Bourgogne wines for the rest of us! There are plenty of entry-level wines that provide enormous value. Bottom line. I have nothing but respect for all of the classic wine regions of the world, including Bourgogne. I just don’t have time for them all. One thing that really trips up wine consumers is the vastness of the wine landscape. Just because you don’t “get” Burgundy, don’t just throw up your hands. I hold a pretty high-level wine certification and I don’t quite “get” it either. And that’s ok. I am always open to learn and I hope you are too! Hard stats above came from vins-bourgogne.fr